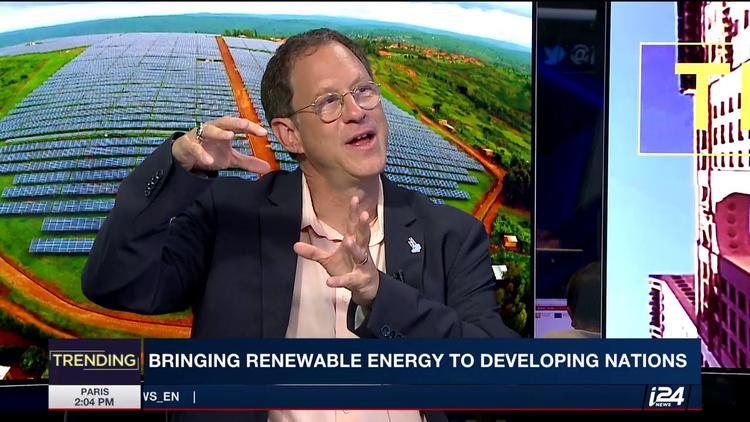 “Abramowitz was born in 1964. He lived in Israel as a child from 1969–1972, before returning to Boston. While living in Massachusetts, he attended the Solomon Schechter School of Greater Boston, and graduated in 1980 from Hebrew College Prozdor and in 1982 from Brookline High School. He is a Young Judaean; having worked at Camp Sprout Lake, CYJ California, and was a camper, counselor and unit head at Tel Yehuda, and he participated in the 1982–1983 Young Judaea Year Course in Israel program on a Hadassah scholarship.[2] He received a Bachelor of Arts in Jewish Public Policy from Boston University in 1986, where he studied under Elie Wiesel, Howard Zinn and Hillel Levine, and a Master of Arts in Magazine Journalism from Columbia University Graduate School of Journalism in 1991, which he attended on a Wexner Graduate Fellowship. He is married to Rabbi Susan Silverman and they have five children, two of whom were adopted from Ethiopia. Silverman, a well known activist for religious pluralism and international adoption, was recently named to The Forward 50 Most Influential list as well as Jewrotica’s Top 10 Sexy Rabbis of 2013.

Named by CNN as one of the top six Green Pioneers worldwide, Yosef Abramowitz serves as President of the Arava Power Company (2006-2013) and is now focused on serving as CEO and President of Energiya Global (2011-) founding both companies with partners David Rosenblatt of New Jersey and Ed Hofland of Kibbutz Ketura.

Arava Power is Israel’s leading solar developer and a pioneer in mid-size and large-size solar fields. Arava Power built the first grid-connected solar field in Israel and closed on $300 million for the next eight solar fields in Israel, with a further $1.2 billion worth of projects in the pipeline. Energiya Global develops affordable solar projects worldwide, with the goal of providing clean electricity for 50 million people by 2020.”