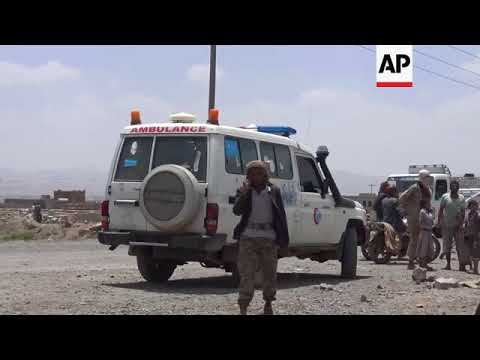 Libyan activist Hend Amry makes an important point about the relative lack of interest of television news in stories such as the persecution of the Burmese (Myanmar) Muslims by the Buddhist establishment:

When Muslims are the victims of terrorism, there isn't the fraction of western attention as when they're the perpetrators. https://t.co/yxFOR8O4TY

When Muslims are perpetrators, as in Brussels, Paris and Barcelona, the mass media often goes into 24/7 coverage mode usually reserved for natural disasters and Trump’s tweet storms.

But the horrific attacks on the Rohingya Muslims of Burma (Myanmar), which have forced thousands to flee in recent days, have elicited no interest. I did keyword searches for Rohingya, Burma and Myanmar in Broadcast News in a major database. I got lots of hits for the BBC and AsianNews and a few from EuroNews. Nothing from US networks or cable news in the past week. Nothing. As a control, I searched Hurricane Harvey, and got hits from all the major US television media on the front page. In other words, a major human rights crisis is invisible to viewers of American television news.

As for other Muslim victims, I don’t need to bother to research. You will almost never see any mention in US television news of the severe human rights violations daily perpetrated by Israelis against the Palestinians of the West Bank, including theft of property, destruction of buildings and orchards, and assault. This is a low-intensity human rights catastrophe and has been going on for decades. But if Palestinians victimize Jews in Israel, then it is another 24/7 blanket coverage. It should be, and Jews should not be victimized. But you also have to cover what is being done to Palestinians who are militarily occupied.

Or take Yemen, which is the worst humanitarian crisis in the world now that al-Assad has won the civil war for the moment. The United States is backing the Saudi-led war on Yemen to the hilt, with logistical support and even help in choosing targets to bomb. The bombing began in spring of 2015. By now, you have millions living on the edge, who could fall into starvation is just one more thing went wrong. (Social scientists call this being “food insecure”). You have a massive cholera outbreak. Not to mention the people killed or wounded by Saudi and allied air strikes. Whatever you think of the battling sides in the war, surely we can all agree that the children being victimized are innocent.

But you’d go blind scanning the television in the US for news about the Yemen war. And remember, it is to some extent an American war! NBC’s intrepid Richard Engel, among the best in the business, is an exception here but even he hasn’t been given more than a spot or two over the past two years.

As for ISIL, most of its victims have been Muslims, but you’d never know that from the television news coverage.

In the old days, print newspapers were an important avenue for people to get news, but they have been eclipsed (even for our “president”) by broadcast news. And broadcast news is doing such a bad and imbalanced job of covering the world for viewers that it should be sued for malpractice or false advertising (I can almost never find any actual news on cable news channels).

The prejudices of top cable and network news executives are warping the consciousness of our whole country. In this bizarro world, Muslims are never victims and never presented sympathetically, while whenever some emerge as perpetrators, they are made out to be ten feet tall.

No wonder we’ve ended up with a president, shaped by right wing cable and you tube news “services,” who wants to ban Muslims. The prejudices of our billionaires are defining what “news” is and distorting national policy in dangerous ways.