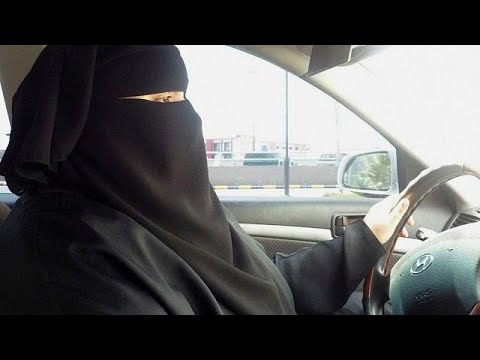 Saudi Arabia’s King Salman issued a decree on Tuesday permitting women to drive as of June of next year. Saudi Arabia was the only country in the world to forbid its female citizens from driving automobiles. This unusually misogynistic position derived from two sources.

One is that strong cultural commitment of Saudis to gender segregation– the belief that unrelated men and women should not mix socially. The other is the rigid Wahhabi form of Islam, which is the state religion of Saudi Arabia even though Wahhabis are only about 40% of the population.

Cultural values of gender segregation are not limited to Saudi Arabia or Arab societies. Highly conservative sentiments about the free mixing of the sexes exist throughout Asia and Africa, in Hindu, Buddhist and Christian societies. I remember talking to Indians in the 1970s for whom the phrase “love marriage” was deeply distasteful (my guess is that as many as half the world’s marriages are still arranged and that in those places Hollywood Rom Coms are viewed as a sort of blue film.)

It was this fear that women would intermingle with strange men if they could drive that had led to the ban.

On the other hand, Iran, also a conservative religious state, affords woman many more freedoms than does Saudi Arabia, and there had never been any question in Iran that women could drive. Several elected presidents, including Muhammad Khatami in 1997 and 2001 and Hassan Rouhani more recently, won because of strong support of Iranian women. Saudi Arabia only has limited municipal elections.

Saudi Arabia, like some other petrodollar states of the global South, has undergone incredible changes in the past 50 years. In 1970, only 2% of Saudi women could read and write.

Today, 87% of the Saudi adult population is literate.

Slightly over half of university students, 52%, are women. Most campuses, however, are gender segregated. This situation causes difficulties for women, since although there are a few all-female law or medical schools,they can hardly meet the demand for women’s professional training.

About 60,000 Saudi students are studying in the US, and about half of them are women.

As was true in many places during the twentieth century in the global South, many policies toward women’s liberation were actually enacted for the convenience of men. Saudi rulers let women become so prominent as university students in order to make them suitable brides for the increasing numbers of highly educated Saudi men. The powers that be feared that Saudi men would increasingly take European or North American wives if Saudi women remained uneducated and so unable to carry a conversation with their male peers.

The lifting of the driving ban for women will end a widely resented inconvenience. But Saudi Arabia’s problems are too deep to address in this manner. I suggested a couple of weeks ago the ways the kingdom could improve its image abroad.. I spoke of ending the war on little Yemen, ending the cold war with Iran, and so forth. I did call for an end to the driving ban. But there are many policies that need to be taken in addition, especially in the area of personal liberties.

Still, many sophisticated, educated, cosmopolitan Saudi Women are weeping for joy today at this step forward for their gender. Saudi Arabia cannot afford to squander the talents of half of its population.