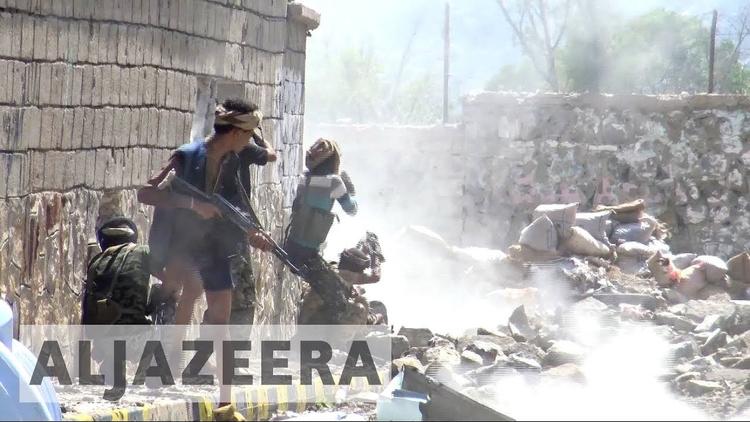 Yemenis were again mourning their children this weekend – this time in Taizz, Yemen’s third largest city. Houthi-Saleh forces indiscriminately shelled a residential neighborhood killing three children – two of whom were playing football – and gravely wounding nine more, activists said. The same day, a world away, the United Nations Human Rights Council in Geneva was debating whether to create an international inquiry into all side’s abuses in Yemen’s armed conflict.

The war has taken a particularly heavy toll on Taizz. For over two years, Houthi-Saleh forces have fired artillery indiscriminately into the city. Human Rights Watch has documented repeated attacks that have struck the city’s populated neighborhoods, killing and wounding civilians, including children. The attacks we’ve documented are a tiny fraction of the deadly bombardment Taizz’s residents have endured. We’ve seen list after list, photo after photo, video after video of lethal attacks documented by local activists. The shelling of Taizz, the UN human rights office reports, has been “unrelenting.”

In the face of these laws-of-war violations, many likely war crimes, the world remains largely silent.

Governments in Geneva should not need Friday’s attack for the plight of Yemeni civilians to get their attention, or to act to hold perpetrators on both sides to account.

But so far the Human Rights Council has failed to agree on setting up an independent, international inquiry into wartime abuses, despite plentiful evidence that Houthi-Saleh forces and the Saudi-led coalition – which killed at least 33 children in six airstrikes over the past three months – have been repeatedly violating the laws of war.

Delegates in Geneva: The next time you walk by the Broken Chair, a memorial to victims of landmines and cluster munitions outside the UN – think of Yemen, think of Taizz. Taizz, where landmines remain littered after Houthi-Saleh forces laid them, where a 12-year-old boy grazing sheep, a mother of six, and many more have lost their limbs and their loved ones. Where coalition airstrikes have wiped out entire families. Where unrelenting, indiscriminate shelling continues.

Yemeni children need so much more. The Human Rights Council cannot afford to fail them again.