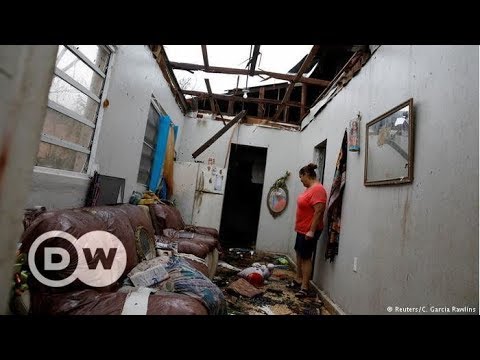 Every dollar going to one of the hedge funds that have bought up much of the island’s debt is a dollar taken away from saving lives.

I still cry when I talk to my family back in Puerto Rico. I am from a small town in Puerto Rico called Naranjito. My family members, like many on the island, are still waiting for distribution of basic supplies. They are in desperate need of water, gas, and food. They wait up to 15 hours in line only to receive two water bottles and scraps of food.

My sister is struggling with diabetes and cannot get the help she needs. My niece was dismissed from a hospital because of lack of equipment and overcrowding. In New York City, where I live now, I feel powerless to help them.

It is heartbreaking and it is shameful.

Maria Beri: “Every dollar that goes to Wall Street vultures is a dollar taken away from saving lives in Puerto Rico.”

This is why on this past Wednesday, I got up at the crack of dawn to meet my comrades from New York Communities for Change and take a four-hour bus trip to Washington, D.C. We joined people from Texas and Florida who have also been ravaged by climate disasters. Our demand was simple: an equitable recovery for our communities and the cancellation of the Puerto Rican debt.

Senator Elizabeth Warren, who rallied alongside us, said that “not one cent should go to the vulture funds.” She is 100% right.

Because this isn’t new. Hurricane Maria simply exposed what has been happening in Puerto Rico for decades. Austerity measures imposed by hedge fund billionaires and corrupt politicians have destroyed our island’s infrastructure and left our people at a high risk to further climate disaster.

Before the hurricane, my island was already in the midst of an economic crisis. The island, facing a fiscal crisis, had taken on $70 billion in debt to keep our government open. Puerto Rico has only received $33 billion in actual aid in exchange for this predatory burden. Isn’t this the worst interest rate you’ve ever heard of?

Vulture hedge funds bought this debt for cents on the dollar and are pushing austerity measures — fighting tooth and nail to ensure they extract every dollar they can from the island. They are literally killing the people of Puerto Rico.

One of the largest holders of our debt is Seth Klarman, of The Baupost Group. And, in the midst of the worst humanitarian crisis my island has ever seen, he refuses to let up. Seth Klarman and The Baupost Group, poised to profit from our crisis, find our call to cancel the debt and put Puerto Ricans first to be “impractical.”

Let’s be clear. This disaster is not natural. The devastation in Puerto Rico was caused by decades of Wall Street and hedge fund billionaires pushing austerity measures to suck profit from the island.

But now we are at a pivotal point for Puerto Rico. In order to stand with the people of Puerto Rico, our leaders must stand with us as we demand the immediate cancellation of Puerto Rico’s public debt, a moratorium on debt payments, and the creation of local jobs to rebuild our communities and develop a more equitable and clean energy economy.

Only then can Puerto Ricans have the the freedom to thrive.

Maria Beri is a member of New York Communities for Change, a multi-racial membership-based organization of working families fighting against economic and racial oppression.