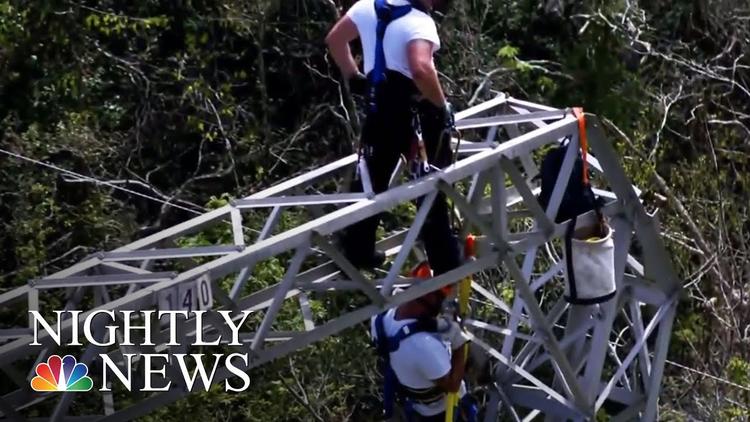 Tiny company financed by a major donor to the Trump campaign and the Republican Party awarded no-bid contract to rebuild energy grid.

Critics raised suspicions on Tuesday over a $300 million no-bid contract that was awarded to a small, two-year-old private energy company to restore Puerto Rico’s electrical grid. The company is financed by a major donor to the Trump campaign and the Republican Party, and also has connections to Interior Secretary Ryan Zinke.

Whitefish Energy, based in Whitefish, Montana, had only two full-time employees when Hurricane Maria hit Puerto Rico over a month ago, leaving about 75 percent of the island still without power.

State utilities on the U.S. mainland have helped power authorities like Puerto Rico’s recover quickly from disasters like Maria in the past through mutual aid agreements, leaving many to wonder why Puerto Rico Electric Power Authority (PREPA) would rely on a company that has no experience with extensive restoration projects.

“The fact that there are so many utilities with experience in this and a huge track record of helping each other out, it is at least odd why PREPA would go to Whitefish,” said Susan F. Tierney, a former Energy Department official, in an interview with the Washington Post.

As the Daily Beast reported, Federal Election Commission filings show that the founder of the private equity firm that finances Whitefish Energy donated $20,000 to a pro-Trump PAC during the 2016 election as well as more than $30,000 to the Republican National Committee.

The company is also run by a contact of Zinke’s—Andy Techmanski—who once hired the Interior Secretary’s son for a summer job. Zinke is from Whitefish, but his office told the Post that he only knows Techmanski because “everybody knows everybody” in the small town.

Whitefish has hired nearly 300 workers from across the country so far to help repair the infrastructure. According to Aaron C. Davis, investigative reporter for the Post, the company is charging PREPA hundreds of dollars per hour for their subcontractors’ work, far more than average rates.