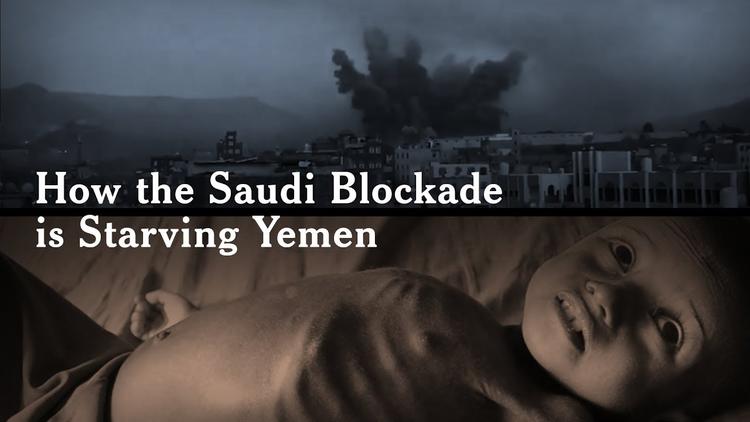 The U.K.-based group said more than 5,000 people have died since the beginning of the war in March 2015.

Yemen is on the brink of total collapse and an “apocalypse,” aid agency Oxfam said in a report Wednesday marking 1,000 days since Saudi Arabia and its regional allies began a military campaign against the poorest country in the Middle East.

“For 1,000 days, huge amounts of sophisticated modern weapons have pounded Yemen, and on top of that we are now witnessing a Medieval siege where mass starvation is being used as a weapon of war,” Mark Goldring, Oxfam Chief Executive, said in a press release Wednesday.

“Cutting off vital food, fuel and medicine to a population is never justified and should never be tolerated. It is a tactic that is devoid of any sense of decency, any sense of morality and any sense of humanity.”

Nearly 5,300 civilians have been killed while three million have been forced to flee their homes over the past 1,000 days, according to Oxfam. The Saudi-led coalition has been fighting Yemen’s Houthi movement since March 2015. It wants to restore its ally president, Abed Rabbo Mansour Hadi, who was driven into exile by the Houthis in late 2014.

However, almost three years later the campaign has done very little to achieve its goals as Houthis continue to keep their control over the capital Sanaa and as international pressure is mounting against the Saudi intervention due to worsening humanitarian crisis.

Yemen has also been under a complete blockade since November which has meant that the country has no access to “fuel, essential for moving food and other vital goods around the country, Oxfam said. “The Ras Isa oil terminal, on Yemen’s west coast, has been closed since March 2017 following instructions from the Saudi-led coalition,” the organization added.

The British group added that one million people are suspected to have contracted cholera, a disease caused by contaminated water, in the world’s worst outbreak ever recorded.

“Western governments will be complicit of the world’s worst humanitarian crisis if they do not act now, as 1,000 days of war continue to push the country towards an apocalyptic situation,” the charity organization warned.

Meanwhile the United Nations said deaths have intensified during the second week of December following the death of former Yemeni President Ali Abdullah Saleh, who was a Houthi ally before siding with the Saudi campaign against the rebels.

Between 6 and 16 Dec. the U.N. human rights office recorded 136 dead civilians and another 87 injured in Saudi strikes in Sanaa, Saada, Al Hudayda, Marib, and Taiz. U.N. rights chief Zeid Raad al-Hussein said “the total impunity that seems to exist in attacks from all sides” despite the “majority of casualties still coming from the [Saudi] coalition airstrikes.

NYT: “How the Saudi Blockade is Starving Yemen”