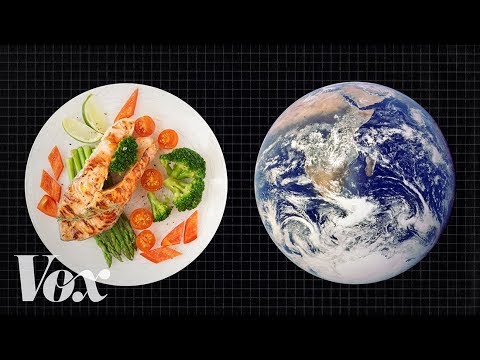 Estimates suggest that meat and dairy demand will mean agriculture will emit 20 gigatonnes of emission per year by 2050, out of the annual limit of 23 needed to meet the Paris Agreement’s targets.

Investors say that the implementation of the Paris Agreement will lead some governments to introducing a “livestock levy” that cuts meat consumption from diets, in a move that could avoid up to $600 billion in climate damages by 2050. EURACTIV’s partner edie.net reports.

The Livestock Levy white paper notes that the recent sugar tax – and similar taxes on carbon and tobacco – could be utilised on meat production as countries explore new ways to deliver on commitments to the Paris Agreement and limit global warming to 2C.

The global agricultural sector can curb emissions immediately and provide a window for fossil fuel-guzzling energy and transport sectors to decarbonise before global warming spirals out of control, the United Nations said on Friday (10 November).

“The continued subsidisation of meat is the antithesis of what’s needed as policymakers and countries gear up to deliver on Paris. Far-sighted investors should plan ahead for this day.”

“If policymakers are to cover the true cost of livestock epidemics like avian flu and human epidemics like obesity, diabetes and cancer, while also tackling the twin challenges of climate change and antibiotic resistance, then a shift from subsidisation to taxation of the meat industry looks inevitable.”

The FAIRR white paper highlights research from the University of Oxford, which found that eliminating meat completely from global diets would save around $1.6 trillion in health and environmental costs by 2050, with a rapid switch towards nutritionally-balanced plant-based diets avoiding $600 billion in climate damages alone.

More than 180 jurisdictions have implemented a tobacco tax, while more than 60 carbon and 25 sugar taxes have also been introduced.

Although the white paper doesn’t cover what the meat tax would cost, it does suggest that companies implement an internal “shadow price” – similar to an internal price on carbon – to account for future costs. FAIRR will officially launch the report to the public in 2018.
‘Zero calories’: Industry moving to reduce sugar in EU beverages

The European soft drink industry has long been involved in a gradual process of removing added sugar from its products and introducing “zero calories” varieties on the market. EURACTIV Spain reports.

The Food and Agriculture Organisation (FAO) found that the livestock industry is responsible for 14.5% of global greenhouse gas emissions, and forecasts suggest that global meat consumption will rise by 76% by 2050.

Countries such as Sweden and Denmark have already explored the concept of a meat tax; Denmark has discussed implementing a tax of $2.7 per kilogram.

Research from Chalmers University of Technology and Sweden’s Technical Research Institute found that European farmers could reduce emissions by moving away from livestock practices and incorporating new farming technologies. The combined approach could cut emissions by nearly 50%.
Study: ‘Fat tax’ made Denmark healthier

The short-lived Danish levy on fatty foods was heavily criticised when it was first introduced in October 2011. But research shows that the fat tax achieved its objective in changing Danish grocery shopping habits, and saving lives.

A Chatham House report estimates that a switch in dietary behaviour could create yearly emissions savings of six gigatonnes of CO2e, while research from Oxford University found that surcharges of 40% on beef and 20% on milk would account for the damage their production causes people via climate change.

Reports suggest that the trajectory of meat and dairy consumption will lead to the agricultural sector supplying 20 of the 23 gigatonne (Gt) annual limit for emissions in 2050 – as established by the Paris Agreement – leaving just 3 GtCO2e for the rest of the global economy.

During the COP23 climate negotiations in Bonn, representatives from FAIRR called on delegates to put ‘cows alongside cars’ by prioritising reduction actions in the livestock sector.