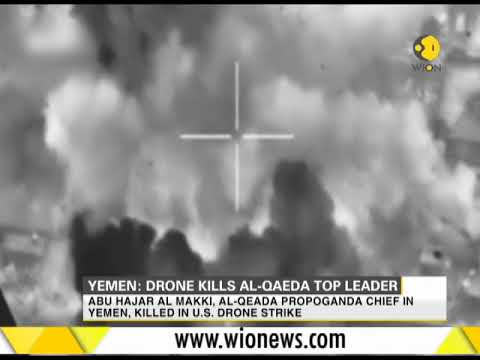 The U.S. Defense Department claimed the ISIS presence has doubled in Yemen.

For the first time, U.S. Pentagon has admitted to carrying out “multiple ground missions” in Yemen.

“U.S. forces have conducted multiple ground operations and more than 120 strikes in 2017,” U.S. Central Command, Centcom, in Tampa, Florida, said in a statement, with the aim to “disrupt the ability of al-Qaeda in the Arabian Peninsula and ISIS-Yemen to use ungoverned spaces in Yemen as a hub for terrorist recruiting, training and base of operations to export terror worldwide.”

The U.S. Defense Department claimed the ISIS presence has doubled in Yemen.

The situation in Yemen is extremely volatile. The widespread destruction from the U.S-backed Saudi airstrikes has displaced over a million people in the region. A severe cholera outbreak in the area has also claimed lives of at least 2,119 people, according to the Red Cross. Another eight million are on the verge of starvation.

“Every day, parents are carrying their malnourished children to hospital because they haven’t eaten in days, and families are watching as loved ones die needlessly from treatable illnesses because they do not have access to medical care,” International Development Secretary Penny Mordaunt said in a statement.

Earlier this week, the U.S.-backed, Saudi-led coalition shot down a missile fired by the rebels and aimed at the heart of the Saudi kingdom. The news also came at a time amid escalating tensions and U.S.-backed, Saudi-led coalition airstrikes which have killed at least 136 civilians in just the past two weeks, also including seven airstrikes on a prison that killed 45 people and an assault on a farmhouse that killed 14 children and six adults.

A November report by a U.S. based think tank, “Costs of War,” disclosed the U.S. spent a staggering US$4.3 trillion on the war in Asia and the Middle East since 9/11 attacks. An average U.S. taxpayer has spent nearly US$23,386 on the wars since 2001.

“The U.S. wars in Iraq, Syria, Afghanistan, and Pakistan, and the increased spending on homeland security and the departments of defense, state and veterans affairs since the 9/11 attacks have cost more than $4.3 trillion in current dollars through the fiscal year 2017,” the report stated.

And “given that the current administration has announced more years of war in Afghanistan and elsewhere, this total will only grow,” Catherine Lutz, a professor of international studies and anthropology at Brown University, linked with the Cost of War report stated.

The report also stressed the opaqueness and lack of accountability of the information the Pentagon disseminates.

“The Pentagon’s areas of global war on terror operations have enlarged significantly but are not always clearly enumerated in its public summaries of their activities,” Neta Crawford, Costs of War co-director and a professor of political science at Boston University, noted.

“Future interest costs for overseas contingency operations spending alone are projected to add more than $1 trillion to the national debt by 2023,” she added.

In September, the U.S. House of Representatives passed the National Defense Authorization Act of 2018, NDAA, the new defense bill will pump nearly US$634 billion in the fiscal year 2018 for key Pentagon operations, with about US$66 billion alone for the war operations in Afghanistan, Iraq, Syria and other countries.