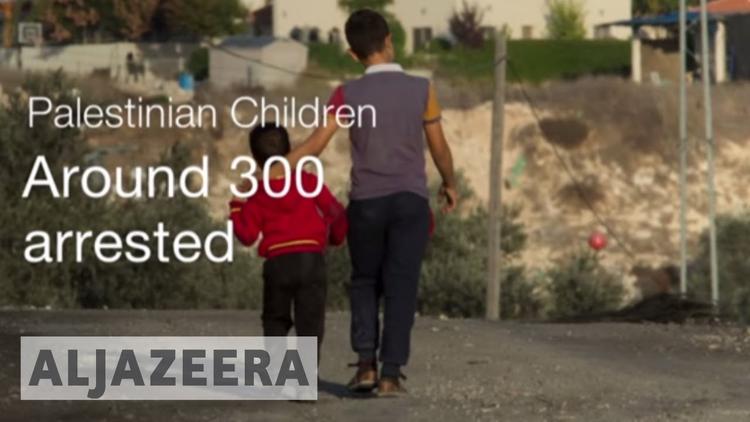 A girl has defied the occupation with unrivalled courage. Over the past years, the media has broadcasted videos of her daringly confronting the heavily armed occupation soldiers, face to face, and demanding that they leave the territories they are forcibly occupying, indifferent to their threats and attacks. This blond Palestinian girl is 16-year-old Ahed Tamimi who grew up in the village of Nabi Saleh in the West Bank. This village is experienced in the art of popular resistance and mass confrontations with armed occupation soldiers and settlers. 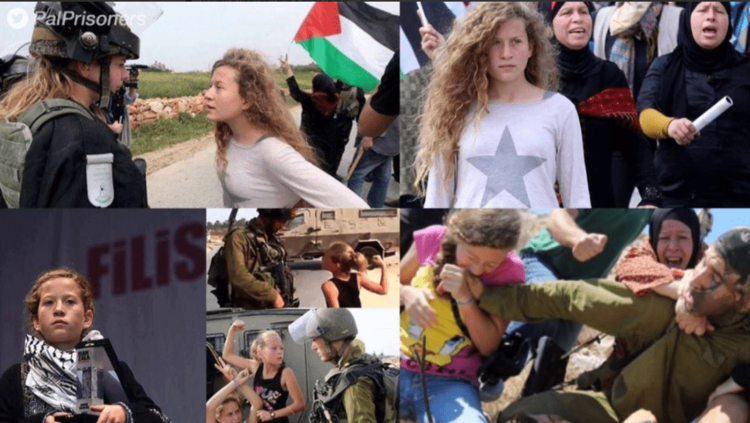 Early on in her childhood, Ahed has mastered the use of school principle language with the aggressive armed soldiers. She addresses them like rebellious children and expertly reprimands them and degrades their army. While doing so, she uses her own weapon: a smart phone that records her moments of defiance for her people and the whole world to see.

The entire Tamimi family is involved in this tradition, after realising the impact the use of a phone camera has in cornering the occupation soldiers and curbing their usual aggressive behaviour. The soldiers cannot confront a camera that exposes their harassment of the Palestinians across the world and openly reveals their faces.

The occupation did not take into account the fact that the smart phone would be invented and would be added to the Palestinian trenches during clashes and confrontations in Palestinian cities, villages and refugee camps. Today, after the Palestinian people are winning the battle of image by exposing their reality exactly the way it is, the Israeli propaganda is busy trying to distract the world from this reality and whitewash the military occupation and illegal settlements. The Israeli propaganda machine also tries to justify the construction of walls and imposing a new system of isolation on the Palestinians. While, the Palestinians know that their struggle on the ground will not be decided or won by the camera, they are aware of its impact, at least in depriving the occupation’s propaganda from winning the hearts and minds of the world.

Read: Life as a young British Palestinian activist in the UK

Ahed Tamimi was arrested on 19 December 2017. Her mother was then arrested after visiting her at the Israeli army’s detention centre a few hours later. The arrest occurred after Ahed gave the occupation soldiers a dose of admonishment after they gathered around her family’s home in order to attack the young Palestinians in the village. The courageous young girl demanded that they leave immediately, and once they tried to beat her, she, along with her sister, delivered blows and kicks, forcing them to flee. Millions on social networking sites witnessed this, thanks to the smart phone camera.

A young photo of Palestinian Ahed Tamimi and her parents

Ahed is one of the symbols of a Palestinian generation full of boldness which refuses to keep their anger bottled up. It is a generation that announces its defiance and does not care about the resulting beatings, arrests and even field executions that the occupation forces have increasingly committed against Palestinian minors since October 2015. It has become easy for the soldiers to open fire on these minors in cold blood.

Ahed Tamimi is an example of the development of a new generation of the successive Palestinian intifada generations. This generation that declares its rebellion against the reality of apartheid and systematic intimidation practiced against them by the occupation forces, this includes the arrest campaigns occurring at dawn every morning, accompanied by military attacks on villages and raiding of homes at bedtime. Thousands of Palestinian children have several experiences etched into their memories of being awoken by heavily armed soldiers in their bedrooms, some of whom are masked, and Ahed is one of these children. She had witnessed the arrest of her family members, including her father, Bassem Tamimi, who has been arrested nine times so far, and still seems more determined than ever to challenge the occupation.

This Palestinian generation, which is full of anger and rage caused by the reality of the military occupation, does not know the meaning of fear. A reckless American president giving Jerusalem to the Israeli military occupation was enough to ignite the mass popular Palestinian anger that lurks beneath the surface. This seems to be a new wave of anger that has begun to take on the characteristics of an intifada, with the use of stones and smart phones.

The Israeli leadership may believe that it has finally conquered Jerusalem, has cut the path to the establishment of a Palestinian statement, and ensured its control over the land. However, this arrogant logic leads it to a serious predicament, it itself created. The army forces, with their weapons and ammunition, have to chase children in their villages everyday and engage in daily clashes with angry youths at various crossroads and checkpoints. These disturbing incidents are seen by the world, such as the incident when 15 armed soldiers beat a young helpless unarmed Palestinian boy as old as their children. This boy is Fawzi Al-Junaidi, who was subjected to their big fists while he continued to unflinchingly hold his head up high. He is also another symbol of a Palestinian generation the Israeli occupation will not be able to claim domination over.