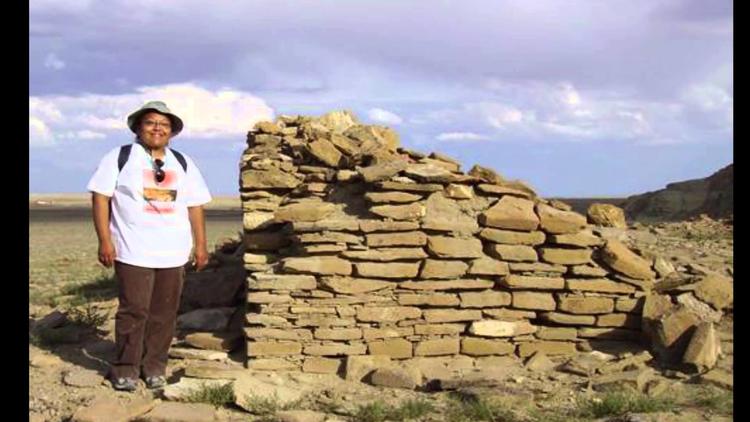 For many archaeologists, one of the darkest moments in memory was the destruction of the fourth and fifth-century Bamiyan Buddhas by the Taliban in 2001. That tragedy was later eclipsed by ISIS’s destruction of Baghdad museum artifacts, Palmyra temples and other structures elsewhere. 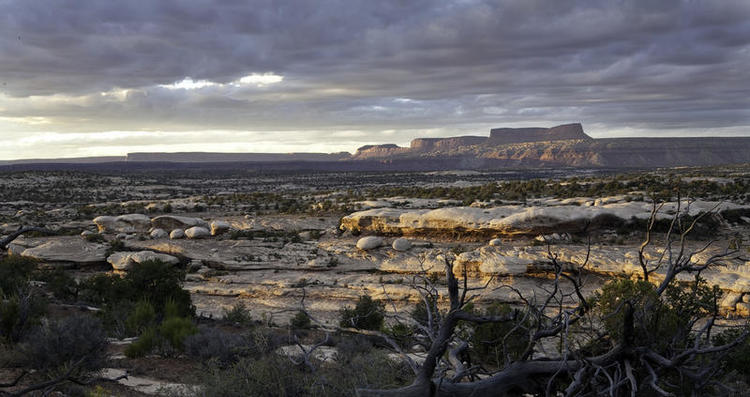 Such wanton erasure of culture diminishes our collective history. As an archaeologist who has spent much of my career protecting heritage, I see these as instances of violence against history.

The loss of less prominent ancestral sites here in North America may not seem as dramatic yet the effects are of even greater consequence to First Nations and Native Americans. No matter how unassuming they may be to outsiders, the ancient campsites, scatters of broken pottery and other tangible signs of their ancestors’ lives are places imbued with spiritual qualities.

All are considered vital to the identities, histories, religious practices and well-being of Indigenous North Americans.

Recently, two places of great cultural and spiritual importance — one in Canada, the other in the United States — have been threatened. In the first, legal efforts have failed; in the second, existing protections have been severely weakened:

On Nov. 2, the Supreme Court of Canada ruled against the Ktunaxa Nation’s efforts to prevent a ski resort from being developed in British Columbia in an area of spiritual importance known as Qat’muk, where the Ktunaxa believe the Grizzly Bear Spirit resides.

The court concluded Canada’s Charter of Rights “protects the freedom to worship, but does not protect the spiritual focal point of worship.”

Yet the Ktunaxa had asked the court to validate not their right to worship but their right to continue essential traditional practices. They fear the Grizzly Bear Spirit will be be driven away, further debilitating their connection to a living landscape.

On Dec. 4, Donald Trump signed two proclamations that greatly reduced the size of Bears Ears and Grand Staircase-Escalante National Parks in Utah. With that pen stroke, two million acres of land may soon be open to mining, logging and other uses.

This move is seen by the Hopi, Navajo, Ute and Zuni as an endangerment of their heritage sites, burials and sacred spaces.

All U.S. federal lands require compliance with the National Historic Preservation Act and the National Environmental Policy Act, but the oversight of these acts is not as stringent as the overarching cultural and environmental protection afforded national monuments. For Bear Ears, affected tribes and their allies are currently mounting legal challenges to the president’s authority.

Cultural harm will likely result. This may include threats to the archaeological record of ancient habitation areas and activities across the landscape — what the Hopi refer to as the footprints of their ancestors.

Even more disturbing will be the weakening of protection of places of great historical or spiritual importance that are fundamental to the beliefs and worldview of the Hopi, Navajo, Ute and Zuni peoples.

“Violence” is seldom used by archaeologists to describe the harms resulting from disturbing heritage sites. But by looking at this through the lens of indigeneity, we must acknowledge the real harm that is done to people in these situations.

The United Nations defines human rights as the “rights inherent to all human beings, whatever our nationality, place of residence, sex, national or ethnic origin, colour, religion, language, or any other status.” We are all equally entitled to our human rights without discrimination.“ But conspicuously missing from the UN’s definition is “heritage,” which is no less important as a standard of well-being for many peoples.

Being denied the right to heritage, along with the denigration or destruction of heritage sites, is not only harmful, it also constitutes a type of violence that exacerbates existing social, economic, spiritual and health challenges faced by contemporary Indigenous peoples.

The World Health Organization defines violence as “the intentional use of physical force or power, threatened or actual, against oneself, another person, or against a group or community, that either results in or has a high likelihood of resulting in injury, death, psychological harm, maldevelopment, or deprivation.”

Without wanting to detract attention from more explicit forms of harm, the destruction of heritage sites has significant adverse effects upon Indigenous peoples in North America and elsewhere.

This is articulated by Hul’qumi’num (B.C.) elder Ruby Peters who held that the disturbance of one ancient burial ground not only offended and disrupted relations with the deceased but also resulted in physical danger for the living.

To understand why the destruction of seemingly “unremarkable” sites is equivalent to violence requires an understanding of how Indigenous conceptions of heritage and place may be fundamentally different from that found in Western society.

When Indigenous heritage is viewed and evaluated through only a Western lens, it ignores the fact that Indigenous values, beliefs and knowledge systems are fundamentally different.

Western knowledge of the world is based on description and classification, a Cartesian sense of order, and a search for universalist explanation. These ideas emerged during the Enlightenment’s notion of Reason and a belief that the world can be neatly divided up and studied.

In contrast, Indigenous perspectives are particularistic and situational, composed of different bodies of knowledge. Heather Harris (Cree-Métis) notes in her essay, “Indigenous Worldviews and Ways of Knowing” that “the universe [and everything in it] is alive, has power, will and intelligence.”

Absent then may be the familiar divisions between the natural and supernatural realms, the sacred and the secular, or even past and present.

For the Ktunaxa, Qat’muk is thus not a “place” or “spiritual focal point” but a living presence; for the peoples of the Big Ears National Park, that landscape is literally alive with their history.

Evident here is that most of what constitutes heritage is intangible, lacking physical form, yet vital to one’s existence. In this sense, heritage is not just about “things” (such as artifacts) but about relationships and what these things mean.

In the words of one Yukon elder, when asked to define “heritage,” he said, “It is everything that makes us who we are.”

Yet the privileging of land development projects and commercial interests over the protection of Aboriginal rights and interests is all too common.

In 2014, protests erupted over the desecration of an ancestral burial ground on Grace Islet, B.C. Despite being a recorded archaeological site, a house was literally being built on and around 16 burial cairns.

A settlement was reached early in 2016 when the province, bowing to pressure from First Nations and their allies, agreed to purchase the one-hectare islet. The landowner received $5.45 million — of which $840,000 was for the property itself — and $4.6 million for “losses suffered.” The First Nation received no recompense for the far more serious harms it endured.

Qat’muck, Bear Ears and Grace Islet are not isolated instances. Heritage values and human rights remain at peril due to economic interests, political pressures and incomplete or inaccurate understandings of what heritage means.

There have been victories: The federal ruling against the Dakota Access Pipeline (DAPL) in South Dakota earlier this year is one recent example. The Standing Rock Sioux tribe legal case was about both the lack of adequate consultation, and the failure to recognize the impact of the pipeline on the cultural, spiritual and environmental dimensions of the land and water.

Too often, these victories are short-lived. The fate of DAPL remains uncertain. As the actions underway to gut U.S. National Parks show, Native American heritage is threatened and endangered by political and economic interests.

Current local and national legal and policy frameworks for heritage in both the U.S. and Canada fail to reflect emerging national and international norms related to Indigenous legal and cultural traditions and human rights.

Yet there is now increasing acknowledgement in Canada — and globally — that Indigenous Peoples’ heritage must be protected more fully and effectively and that the protection of one’s heritage needs to be considered as a basic human right.

Some of these new policy frameworks include the recommendations of Canada’s Truth and Reconciliation Commission and the UN’s Declaration on the Rights of Indigenous Peoples, to which both the U.S. and Canada are signatories.

Yet, there is currently too little sense of direction, or too little incentive by all levels of government that have a major role to play in this arena.

There can be no argument that colonialism robbed Indigenous North Americans of much of their heritage; we today subsequently must support restoration and protection of their cultural patrimony. This requires action, not lip service.

Reconciliation needs to be be more than saying “sorry.” It should mean both understanding these issues as human rights violations and fundamentally changing how heritage is protected.