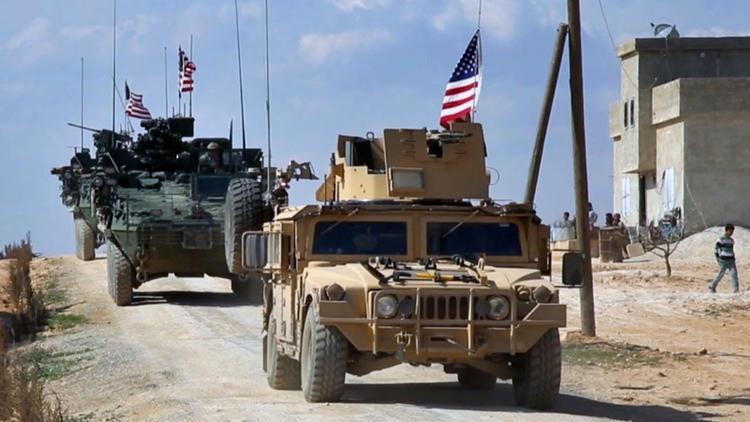 From Washington to Cairo, military aggression and “keeping the lid on” are proving deadly. And they will never work.

Nov. 25, 2017: al Rawda mosque where a terrorist attack took place in Bir al-Abed of North Sinai, Egypt. The death toll in the terrorist attack here on Friday has risen to 305, including 27 children, and 128 others were wounded, state news agency MENA reported on Saturday. Ahmed Gomaa/PA Images. All rights reserved.A new era is opening almost by stealth. Its defining feature is military expansion, ordered by the United States president and conducted by the Pentagon. Underlying it is Trump’s fusion of elements from the strategy of his two predecessors, George W Bush and Barack Obama.

A recent, low-profile Pentagon document gives a hint of the US’s current projection of military power:

The total figure alone is much higher than previous numbers. But by itself it is misleading in that the United States defense department normally excludes two further categories of troops: those rotating for short periods and, of far greater significance, many of the special forces. These are waging much of the combat in all three theatres – Afghanistan, Iraq, and Syria. That means the true number is probably close to, or even over, 30,000. To this could be added troops involved in operations across the Sahel, Somalia or Yemen.

A new era is opening almost by stealth. Its defining feature is military expansion, ordered by the United States president and conducted by the Pentagon.

Such indicators give only part of the picture. Another is a Pentagon request for $143 million to expand its operations at the Azraq base in the Jordanian desert, the largest single overseas financial commitment now being considered. This base has been key to operations in Syria and Iraq, and been used by other states including the Netherlands and Belgium. So just as the wars in Iraq and Syria are supposed to be winding down after ISIS’s much-vaunted defeat, the Pentagon wants to go the other way and prepare for yet more conflict in the region. A growth in overseas bases, such as a huge one for surveillance drones costing $100 million in Niger, fits the trend.

All this must be seen in the perspective of the sixteen years of “war on terror”. Again, troop numbers are a signal if not the whole story. In 2007-08, at the height of George W Bush’s campaigns, close to 200,000 US troops were in Iraq and Afghanistan. Even as Barack Obama started to withdraw troops from Iraq, he was “surging” them in Afghanistan: an extra 30,000 troops by 2011 took the US total in that country to around 100,000.

That short-term policy failed in its aim of forcing the Taliban to the negotiating table, and most troops had been withdrawn by the end of his second term in 2012. In parallel, Obama was moving rapidly towards “remote warfare”. This relied much more on strike-aircraft, armed-drones, and special forces – all involving far fewer “boots on the ground”.

Now, the Trump wars era brings a reconfiguration: plenty of remote warfare and far more military personnel abroad. Bush was all about crushing al-Qaida and similar groups, as well as regime termination; Obama moved more towards “shadow wars” at a much lower intensity, if still controversial. Trump, in combining these, is going back to the future. The Egyptian parallel

Destroy your opponents; forget the sixteen years of failed wars; do not try to understand where these enemies are coming from, and why they retain support. If these tenets guide Trump’s approach, Abdel Fattah al-Sisi’s regime has followed them in Egypt’s arena.

Since al-Sisi became president after ousting Mohamed Morsi’s Muslim Brotherhood government in 2013, his forces have pursued a tough line against any kind of religious-based dissent. The Islamist-linked rebellion in northern Sinai was a prime target. The terrible attack on the Al-Rawda mosque in nothern Sinai on 24 November, which killed 305 people, is the latest incident in this escalating conflict. The immediate response to the massacre was air-raids by strike-aircraft, which the insurgents would have expected and taken precautions against.

But the problems in Sinai go much deeper than al-Sisi’s policies, damaging as these are. This part of Egypt has long been neglected and marginalised. Its younger men are particularly angry that the oil and tourism industries bring local communities little or no benefit. Thus, the now dispersed ISIS leadership see al-Sisi’s Egypt in general and Sinai in particular as fertile ground. For the movement, Cairo’s policy of hardline suppression could hardly be better. An objective view of Sinai’s recent decades suggests that the chances of Sisi’s approach working are close to zero.

So the comparison works in reverse. For al-Sisi, read Trump – on a much bigger scale. This may still be an early stage of the Trump wars era. An increase in the worst excesses of the post-9/11, such as rendition and torture, can be expected as problems multiply. Clear indications of new thinking remain scarce. “Liddism” still rules. It is better to be prepared for the long haul. About the author

Via OpenDemocracy.net ; see original for hyperlinks.