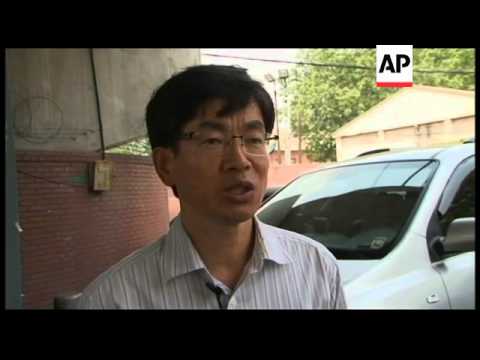 My nephew, an Army veteran who spent most of his 20 plus years military service as an officer in South Korea, is now a civilian military contractor living on a base in Afghanistan. Our only conversation about US military pollution in South Korea was something of a non-starter.

These two Asian countries, so disparate in development, economy and stability, have something in common – severely polluted US military bases, for which our country takes little to no financial responsibility. The polluter pays (aka “you break it, you fix it”) does not apply to the United States military abroad. Nor do civilian workers and most US soldiers stationed at these bases have a chance of winning medical compensation for their military pollution-related illness.

Consider the barbaric military burn pits. In its haste for war, DOD ignored its own environmental regulations and approved open-air burn pits—“huge poisonous bonfires”—on hundreds of US bases in Afghanistan, Iraq and the Middle East. They were sited in the midst of base housing, work and dining facilities, with zero pollution controls. Tons of waste—an average of 10 pounds daily per soldier—burned in them every day, all day and all night, including chemical and medical waste, oil, plastics, pesticides and dead bodies.

Ash laden with hundreds of toxins and carcinogens blackened the air and coated clothing, beds, desks and dining halls, according to a Government Accounting Office investigation. A leaked 2011 Army memo warns that health risks from burn pits could reduce lung-function and exacerbate lung and heart diseases, among them COPD, asthma, atherosclerosis or other cardiopulmonary diseases.

Predictably, base commanders temporarily shut them down when politicians and high-ranking generals came to visit.

Few veterans exposed to burn pit toxins have won compensation for their severe, chronic respiratory illness. No local Afghani or Iraqi citizen or independent military contractor ever will. Wars may end, bases may close, but our toxic military footprint remains as a poisonous legacy for future generations.

Consider next the 250 barrels of Agent Orange herbicide and hundreds of tons of hazardous chemicals, buried at the Army’s Camp Carroll, South Korea, according to the testimony of three former US soldiers in May 2011. “We basically buried our garbage in their backyards,” said veteran Steve House. Early reports about the US excavating decomposing drums and contaminated soil from the base do not disclose their whereabouts. Environmental studies conducted by the US forces at Camp Carroll in 1992 and 2004 found soil and groundwater seriously contaminated with dioxin, pesticides and solvents. These results were never acknowledged to the South Korean government until the US veterans’ testimony to news media in 2011.

Camp Carroll is situated near the Nakdong River, the drinking water source for two downstream major cities. Cancer rates and mortality for nervous system diseases among Koreans in the area around the US base are higher than the national average.

I have friends in Asian countries with historic ties to the United States from World War II, countries that are wary of China for its aggressive economic ambitions. While most of these friends strongly resent the US military presence in their countries, a few do express a sense of security having US military bases as a counterbalance to China. However, this does remind me of kids relying on schoolyard bullies, whose tensions and tactics hardly advance children’s maturity not to mention regional stability in Asia.

Our taxes support at least 800 foreign bases, with hundreds of thousands of soldiers and military contractors in more than 70 countries. The rest of the world combined has some 30 foreign bases. Consider, too, that the United States is the lead global merchant of military weapons, with $42 billion in sales and an expected increase in 2018. Our government’s proposed budget for 2018 increases military defense spending (already more than all domestic spending for education, housing, transportation infrastructure, environment, energy, research, and more) at the expense of cuts to domestic programs.

Not only do we leave dangerously polluted environments all over the world in our global role as top cop while our peddlers of weapons profit from conflict across the world, but we do so at the neglect of our own citizens:

Every gun that is made, every warship launched, every rocket fired signifies, in the final sense, a theft from those who hunger and are not fed, those who are cold and are not clothed. This world in arms is not spending money alone. It is spending the sweat of its laborers, the genius of its scientists, the hopes of its children.

Pat Hynes worked as a Superfund engineer for the US EPA New England. A retired Professor of Environmental Health, she directs the Traprock Center for Peace and Justice in western Massachusetts.

AP Archive from 2011: “Protest outside US base, probe to see if Agent Orange buried there”