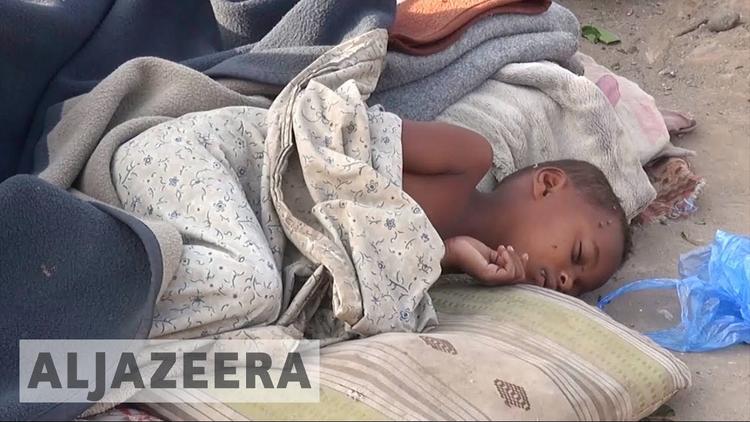 Widespread destruction from the U.S-backed Saudi airstrikes has displaced over a million people in the region.

A U.N. report on human rights abuses has accused Saudi Arabia’s coalition airstrikes for causing extensive damage in Yemen. Since the beginning of the war in 2015, at least 10,000 people have been killed in the region.

According to information obtained by Al Jazeera, a U.N. panel investigated 10 airstrikes in 2017 that killed 157 people. It found that the targets included migrant boats, a vehicle, a night market, five residential buildings, a motel and government buildings.

“This is a report to the U.N. Security Council that has not been made public, but I’ve been allowed to read a copy. It’s very hard hitting and very critical of all of the parties in the war in Yemen,” Al Jazeera diplomatic editor James Bays said.

“The report talks about beatings, electrocutions, constrained suspension, and it talks about something called the cage which is confinement in a cage in the sunlight and the denial of medical treatment.”

The panel requested Saudi authorities to comment over their rationale behind these attacks, but has received no response, Al Jazeera reported.

The report also pointed towards the role played by Houthi rebels in Yemen’s conflict.

On Dec. 19, Yemen marked 1,000 days of Saudi-led war. Johan Mooij, CARE’s Country Director in Yemen, described the situation as “appalling.” He added that “millions of Yemenis are facing multiple crises of war, hunger, disease outbreaks and recent blockades on fuel and commercial imports.”

The same month, the Pentagon admitted to “multiple ground operations” in Yemen that have led to civilian deaths, leaving the region even more volatile.

“U.S. forces have conducted multiple ground operations and more than 120 strikes in 2017,” U.S. Central Command, Centcom, in Tampa, Florida, said in a statement.

Widespread destruction from the U.S-backed Saudi airstrikes has displaced over a million people in the region. A severe cholera outbreak in the area has also claimed lives of at least 2,119 people, according to the Red Cross. Another eight million are on the verge of starvation.

“Every day, parents are carrying their malnourished children to hospital because they haven’t eaten in days, and families are watching as loved ones die needlessly from treatable illnesses because they do not have access to medical care,” International Development Secretary Penny Mordaunt said in a statement.

Since the Saudi-led war which started in 2015, the U.S. and U.K. has supplied nearly US$5 billion worth of arms to Saudi Arabia.