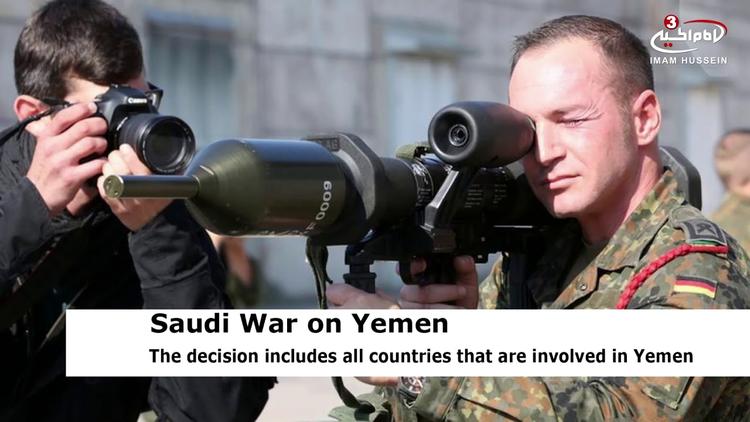 Only in the third financial quarter of 2017 German arms sale to Saudi Arabia accounted for US$550 million.

Spokesperson for German Chancellor Angela Merkel announced Friday the country will “immediately” stop all arms exports to countries involved in the ongoing war in Yemen, which began in March 2015 and has so far claimed 10,000 lives according to the United Nations.

Merkel’s government has admitted that between 2016 and 2017 it quintupled arms sales to Saudi Arabia and Egypt, two key players in the Saudi-led military campaign against Houthi rebels in Yemen.

German broadcaster Deutsche Welle has reported that only in the third financial quarter of 2017 German arms sale to Saudi Arabia accounted for US$550 million. Berlin’s decision will also affect arms sales to the United Arab Emirates, UAE, one of the most instrumental forces in the Saudi war against Yemen providing both air and ground support for the coalition.

Germany is not the first European country to stop selling arms to countries involved in the Yemen war. Earlier this month Norway suspended exports of weapons and ammunition to the UAE over concerns they could be used in the war in Yemen.

The Saudi-led campaign has been widely condemned for contributing to the world’s worst humanitarian disaster and for war crimes amid targeting of civilians in schools, local markets, wedding parties and even hospitals.

In spite of mounting evidence for war crimes and human rights violations in Yemen the top arms exporters to Saudi-led coalition members, namely the United States, the United Kingdom, and France continue to benefit from selling arms to Saudi Arabia and other coalition member states.

The war has been very profitable for arm dealers. U.K.-based Campaign Against Arms Trade revealed that since 2015 the U.K. sold more than US$6.3 billion in weapons to Saudi Arabia, while the Stockholm International Peace Research Institute shows that only in 2016 the U.S. sold US$1.9 billion worth of arms exports.

The United Nations, Amnesty International and other human rights organizations accused the UAE and Saudi Arabia of wars against humanity over their actions in Yemen, but that doesn’t seem to suffice to impose an arms embargo on Saudi Arabia and other countries involved, a measure repeatedly advocated by the European Parliament.