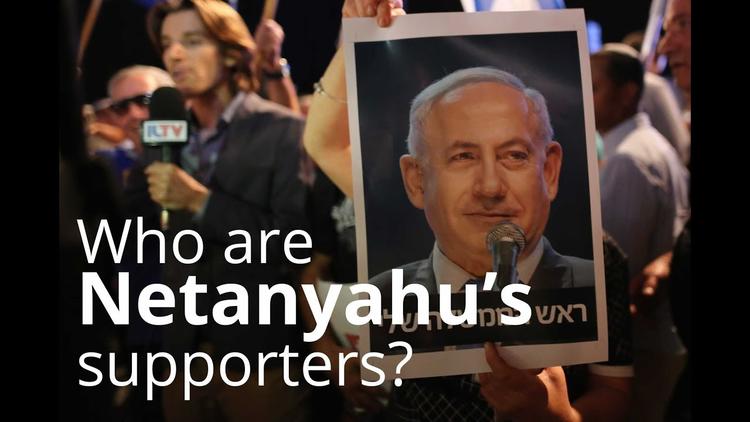 “This is a historic event that we have been waiting for,” an extremist member of Prime Minister Netanyahu’s Likud Party said.

The latest radical move by hardline Zionists in Israeli Prime Minister Benjamin Netanyahu’s Likud Party could see Israel´s government annex all of the occupied West Bank, incorporating most of historic Palestine into the Israeli state.

The central committee of the right-wing party overwhelmingly voted on Sunday for a resolution urging Likud parliamentarians to push for the annexation of the territories that are already illegally-held.

The non-binding vote by the party’s decision-making committee also called on its MPs “to spread Israeli sovereignty over Judea and Samaria (the West Bank),” the biblical terms used by Jewish radical settlers to refer to the occupied Palestinian regions.

“This is a historic event that we have been waiting for,” Likud extremist Natan Engelsman told Focus Information Agency.

“If the president of the United States believes Jerusalem is ours, there is no reason why a right-wing party and coalition cannot. It’s important for us to show Trump what the ruling party in Israel wants, and since he loves the Jewish people, sooner or later, he will come to the same conclusion,” the activist added.

Netanyahu, a member of the central committee, was not present for the vote.

While the prime minister claims he still supports a “two-state solution” with the people of Palestine who have faced seven decades of continuous dispossession, he has also pushed for Jewish settlement expansion in the occupied West Bank, a move that is illegal even in the courts of the Israeli occupation state.

In October, Netanyahu postponed a vote on a controversial bill that critics say would amount to the de facto annexation of Israeli settlements surrounding Jerusalem.

On Christmas Eve, Israeli Minister of Public Works and Housing Yoav Galant declared that a plan would be put into place to build 300,000 new houses in East Jerusalem under the name of “housing on the land of united Jerusalem, the capital of Israel.”

Many analysts expected bolder expansionist moves by the right-wing head of state, especially in light of U.S. President Donald Trump’s announcement that Washington would move its embassy to Jerusalem – a gesture that was tantamount to a U.S. recognition of unilateral Israeli claims to the divided and unlawfully-held Arab city.

The U.S. announcement was welcomed by the Israelis, who have been working alongside Saudi Arabia in hopes to pressure the Palestinian Authority to accept Donald Trump’s so-called Arab-Israeli “deal of the century” that has not yet been announced. The “deal” would see the Palestinian question settled in exchange for the normalization of ties between Tel Aviv and the Gulf monarchies and the integration of Israel into the regional “family of nations” that the Saudis claim leadership over.

According to regional reports, Saudi King-in-waiting and Crown Prince Mohamed Bin Salman has attempted to present Palestinian Authority President Mahmoud Abbas with an ultimatum whereby he must accept the U.S.-Israeli-Saudi plan for the region or resign. Abbas has also faced Israeli and Saudi pressure to halt the rapprochement process between Palestinian factions Hamas and his own Fatah movement but has rejected such pressure.

In early December, a Palestinian official told The New York Times that the Saudis floated the idea of compensating the Palestinians for the loss of West Bank territory by adding territory to the Gaza Strip from Egypt’s Sinai Peninsula, an arid and rocky desert territory plagued by attacks by the Islamic State group, who frequently attack Palestinian targets. The Egyptians have rejected the idea, according to a western official.

Netanyahu is also eager to secure a mandate from an increasingly racist public in an early election as he awaits possible criminal indictments against him on corruption suspicions for abusing his power for personal benefit. He denies wrongdoing.

Although parliamentary elections are not due until November 2019, police investigations in the two cases of alleged corruption against Netanyahu and tensions among partners in his governing coalition could hasten a poll, increasing pressure for the beleaguered leader to secure right-wing support.

The bill had been expected to be voted on by a ministerial committee in a move that would fast-track its progress through parliament.

Israel occupied the West Bank, including East Jerusalem, in the Six-Day War of 1967. It later annexed East Jerusalem in a move rejected by the international community. The occupation is still unrecognized.

It claims the entire city as its indivisible capital, but the Palestinians want the eastern sector as the capital of their future state.

About 600,000 Israelis live in over 230 illegal settlements in the West Bank and East Jerusalem among 2.9 million Palestinians, with frequent outbreaks of violence and brutal repression by the occupation authority.

By enacting civilian law over settlements, the move could streamline procedures for their construction and expansion. That land is currently under military jurisdiction and Israel’s defense minister has a final say on building there.

In 1981, Israel enacted a civilian law on the Golan Heights, territory captured from Syria in 1967, a de-facto annexation of the strategic plateau. The move has not won international recognition.

Likud’s central committee counts around 3,700 members, and according to Israeli media, some 1,500 were present for Sunday’s vote.

Haaretz.com from last fall: “Who are the Netanyahu supporters? | at the Netanyau rally”