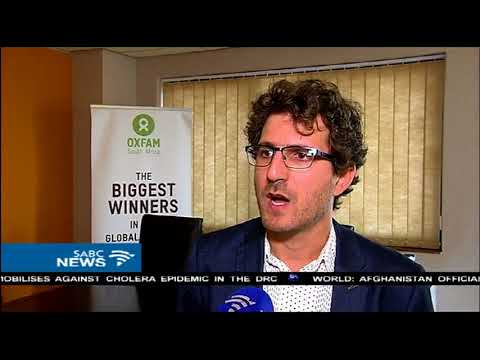 Only 42 people own the same amount of wealth as the poorest 50 percent worldwide, the report claimed.

Nearly 82 percent of global wealth generated last year went to one percent of the population, while the bottom 50 percent saw no increase at all, according to a new Oxfam report that shows the staggering wealth gap between the ultra-rich and the rest of the world.

Only 42 people own the same amount of wealth as the poorest 50 percent worldwide, the report claimed.

“Dangerous, poorly paid work for the many is supporting extreme wealth for the few,” and “Women are in the worst work, and almost all the super-rich are men,” the report said. It comes at a time when world business leaders are gearing up to converge for the 48th World Economic Forum in Davos, Switzerland, starting Jan. 23.

It exemplified how billionaires are hoarding wealth off of the labor of the bottom 50 percent.

“In 2016, annual share dividends from the parent company of fashion chain Zara to the world’s fourth-richest man, Amancio Ortega, were worth approximately €1.3bn (over US$1.8 billion) Stefan Persson, whose father founded H&M, is ranked 43 in the Forbes list of the richest people in the world, and received €658m (around US$806 million) in share dividends last year,” the report noted.

Whereas, an average worker in a sweatshop in a developing nation making clothes for these fast fashion retail giants works about 12 hours a day and makes a little over US$900 a year.

“Because of high and rising inequality within countries, the top 1 percent richest individuals in the world have captured twice as much growth as the bottom 50 percent since 1980. Wealth is skyrocketing at the top and becomes entrenched,” Gabriel Zuchman, Assistant Professor of Economics at UC Berkeley, told the report’s authors.

The report cited a lack of labor rights, exploitation of gender inequality, tax dodging, monopoly and increased corporate concentration, cost-cutting and businesses’ influence on policy decision as a few of the reasons for the widening gap, adding the importance of trade unions in mitigating labor-related issues.

“Trade unions are also the target of direct suppression. In 2017, attacks on union members were recorded in 59 countries. In 2017, trade unionists were murdered in 11 countries. Over three-quarters of countries deny some or all workers the right to strike,” report said.

Per Oxfam’s report, in the last 12 months, the wealth of the top one percent soared by US$762 million, which is enough to end extreme poverty seven times over.

“Last year saw the biggest increase in the number of billionaires in history, with one more billionaire every two days … nine out of 10 are men,” the report said.

According to a report released in December, the world’s richest people nearly quadrupled their wealth, reaching US$1 trillion in 2017. Per the Bloomberg Billionaires Index, Amazon founder Jeff Bezos added the most, US$34.2 billion this year, replacing the richest person, Microsoft Corp. co-founder Bill Gates as world’s richest person in October, raising his “net worth” to US$99.6 billion.

“The concentration of extreme wealth at the top is not a sign of a thriving economy but a symptom of a system that is failing the millions of hard-working people on poverty wages who make our clothes and grow our food,” he added.

Also, nearly two-thirds of the “billionaire wealth” is “product of inheritance, monopoly and cronyism.”

“Over the next 20 years, 500 of the world’s richest people will hand over US$2.4 trillion to their heirs – a sum larger than the GDP of India, a country of 1.3 billion people,” the report stated.

Citing the International Labour Organization, ILO, the Oxfam report said nearly “40 million people were enslaved in 2016,” with “25 million of them in forced labor.”

The report also indicated that having a job does not always indicate “escaping poverty.”

According to the data compiled by the ILO, “almost one in three workers in emerging and developing countries live in poverty, and this is increasing.”

“Almost 43 percent of the global youth labour force is still either unemployed, or working but living in poverty.”