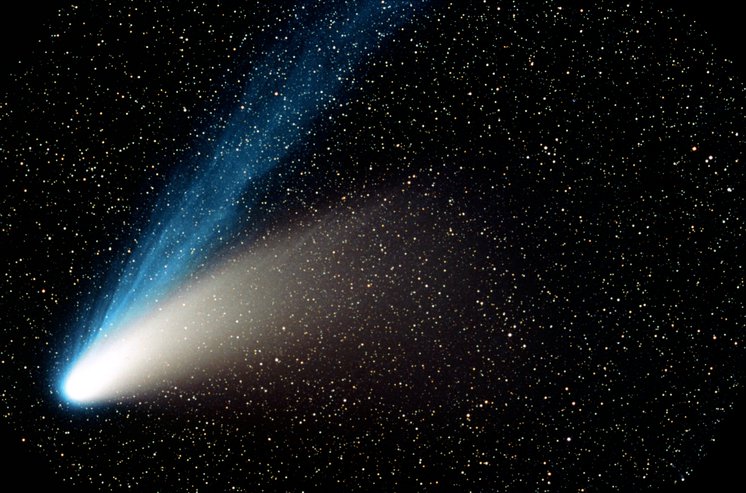 It has long puzzled scientists that the gradual ending of the last glacial maximum or ice age beginning about 20,000 before present, extending into the 13,000s, was interrupted in the 12,000s by another short period, of 1,200 years, of ice age. When that one receded, the earth became and remained relatively warm, so that there were no ice sheets on e.g. Europe as there were during the glacial maximum (Britain was uninhabited for some 9,000 years, with 3 miles of ice on top of it, as though it were Antarctica.) The warming may have been caused by the release of CO2 from the Southern Ocean.

Scientists are finding increasingly solid evidence for the thesis that about 12,900 Before Present (10,888 BC) a massive 64-mile wide comet slammed into the Upper Midwest of North America and threw the earth into a 1200-year ice age called the Younger Dryas. The hypothesis has been around for a while but has remained controversial. This recent study of sediment around the world gives substantial new support for it.

The comet impact set off continent-wide wild fires that covered North America in soot, and threw so much dirt into the air that the sun shone dimly for centuries. Hurricane force winds swept the earth. Woolly mammoths, saber tooth tigers, giant camels and gargantuan short-faced bears found nothing to eat and died off. The population of indigenous Americans, suddenly without food, was reduced by 70 percent. (On top of everything else, The ozone layer was depleted by the changes initiated by the comet, increasing skin cancer in human beings.) 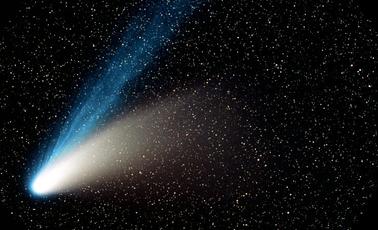 Ice piled up miles over the land in North America and Europe. When the long-term warming trend resumed, allowing Europe to be repopulated, people from the Middle East gradually moved in, bringing agriculture and Indo-European languages. The old European population that had been killed or chased south by the ice ages seems to have been almost completely replaced by the newcomers coming in as the ice receded, who spoke an ancestor of Latin, Greek and Germanic languages (not to mention Hittite, Persian and Sanskrit).

Climate denialists are always droning on about how climate change is a constant and the global heating we have been experiencing in recent decades is nothing intrinsically new. This glib talking point is wrong where the issue is most pressing.

Of course, climate is a dynamic system and has changed in the past as well. But episodes of substantial global heating, where the average temperature increases over time, have in the past taken place over millions of years. Typically global heating is caused by an increase of heat-trapping gases in the atmosphere, which interfere with the radiation back out into space of the heat the earth receives from the sun. Carbon dioxide and methane are two potent such heat-trapping gases. In past ages, volcanic eruptions were the main source of extra CO2 in the atmosphere, but only steady such eruptions over millions of years would cause the greenhouse effect. Sometimes release of gases from the sea bed could also cause them to build up in the atmosphere– more rapidly than is typically the case with volcanoes. (There has been no significant volcanic activity or sea bed release or sunspots–no natural phenomena that could explain our own past few decades of rapid warming. Human beings are now the cause.)

When you get climate change over millions of years, plants and animals have time to adapt. But rapid climate change is associated with mass extinctions. There were five before today, and we are now living the sixth.

Human beings are putting 41 billion metric tons of carbon dioxide into the atmosphere every year. They are doing this by virtue of driving gasoline automobiles, burning coal and gas to heat homes and run factories and generate electricity. There has been nothing like this enormous and rapid accumulation of heat trapping gases in the atmosphere in the geological record, happening over two centuries.

But if you want to see what rapid climate change looks like, consider the Younger Dryas. The Clover comet abruptly took the earth in the opposite direction, toward cooling. Today’s human beings, and above all Big Oil executives like Rex Tillerson and their willing allies like Trump, are the equivalent of the Clover Comet in their impact on the earth.

The difference is that the victims of the Clover comet were helpless. We can forestall the very worst effects of our own climate change disaster, by stopping our farting out of carbon dioxide. Go to solar, wind and hydro.