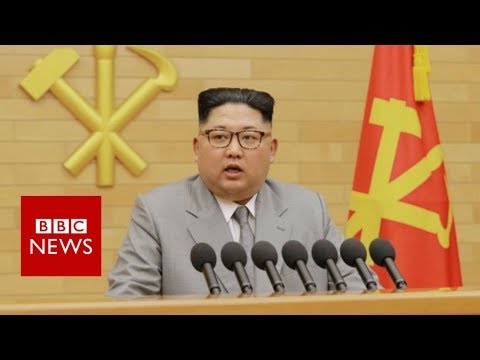 Donald Trump is not the first leader with a severe personality disorder – characterized by intolerable feelings of inadequacy and an overwhelming need for approval – to gain power. But such leaders have usually gained control in smaller countries that lack the world’s most powerful military.

NEW YORK – When Donald Trump took office early last year, many pundits believed that he would settle into his presidency and pivot to normality. But a large number of America’s mental health experts didn’t see it that way. They warned that Trump evidently suffers from a mental impairment that would worsen under pressure, possibly leading him to launch a war, even a nuclear war. And now, with the dangers of a Trump-led war with North Korea or Iran rising, the world needs to head off America’s president before it’s too late.

In the view of many professional psychologists and psychiatrists, Trump is not merely a bully, a showman, and a liar; he is more likely a mentally impaired individual who is impulsive, aggressive, and relentlessly driven to manipulate and blame others. These professionals have called for an urgent, independent evaluation of Trump’s mental capacity that goes far beyond the simple cognitive screen that he received earlier this year when undergoing a physical examination at Walter Reed Army Medical Center.

To some laypersons, and obviously to many Americans, symptoms of mental impairment can appear to be strengths. A lack of self-control can be mistaken for candor. Aggression and manipulativeness can be mistaken for deal-making skills. Yet to mental health professionals, these traits are danger signs. Individuals who display such behavior are often masking intolerable feelings of powerlessness, inadequacy, and an overwhelming need for approval that can curdle into violent destructiveness under pressure.

This would not be the first time, of course, that a leader with a severe personality disorder has gained power. But such leaders have usually gained control in smaller countries that lack the world’s most powerful military. Still, the record of such episodes is grim: Idi Amin, Saddam Hussein, Pol Pot, and many others were able to wreak murderous mayhem.

Unlike those leaders, Trump can plunge the world into a devastating nuclear war at his personal command. In recent months, he has repeatedly threatened to use this power. Trump believes that by threats, sanction, and bravado, he can force North Korea to relinquish its nuclear weapons. In fact, if Trump pushes the North Korean regime into a corner, he is more likely to provoke a war. The South Koreans understand this, but they are being pressured by the US to take a hard line. The recent Olympics thaw in relations between North and South Korea is promising, but not the end of the story. Trump will most likely stir up tensions soon again; he can’t help himself.

Iran is the second flash point. Trump is surrounded by hardliners in his administration who are seeking a showdown with the Islamic Republic. Israel’s government, led by Prime Minister Binyamin Netanyahu, is pushing the US in the same direction. Again, Trump or his advisers may believe that bravado will cause the Iranians to back down from their regional assertiveness in Syria and Lebanon; but this is unlikely, in part because Iran can count on Russia’s tacit backing.

Trump’s obsession with winning and inability to accept a balance of power constitute a dire threat. His declaration on Twitter in January that he is “a very stable genius” is a sign of weakness, not strength. Such statements are an alarm, not a reassurance.

As Special Counsel Robert Mueller’s investigation continues to raise the emotional and political pressure on Trump, the president’s temptation to resort to war could rise dramatically. The danger is that Trump’s emotional compulsions could become all-consuming, rendering him incapable of choosing any other course than violence.

Trump’s impairments usually involve great efforts by him and others to keep his inner wounds covered. People around him often display excessive fawning or comply with exceptional demands in order to “contain” him. Such is the reported atmosphere at the White House, where his aides apparently work hard to keep America safe from their boss.

Given the warning signs, the US Congress should move urgently to remove Trump’s unilateral ability to launch a war, especially a nuclear war. The Constitution is clear: According to Article I, Section 8, Congress, not the president, has the power to declare war. Presidents have relentlessly usurped that power in recent decades, and Congress, unfortunately, has acquiesced. But, with Trump in power, it is especially urgent – a matter of survival – that Congress clearly and explicitly reasserts its constitutional authority.

America’s traditional allies should also be on guard against blindly following the US to war. We are in a period of great danger. We do not need a new war on the Korean Peninsula or in the Middle East to establish a balance of power, stability, and mutual recognition of all sides’ security interests. We need diplomacy. But Trump may be psychologically incapable of that, because he predisposed to attack, rather than compromise. Global forces for peace need to resist.

Bandy X. Lee is a clinical professor in Law and Psychiatry at Yale School of Medicine.

Trump to Kim: My nuclear button is ‘bigger and more powerful’ – BBC News