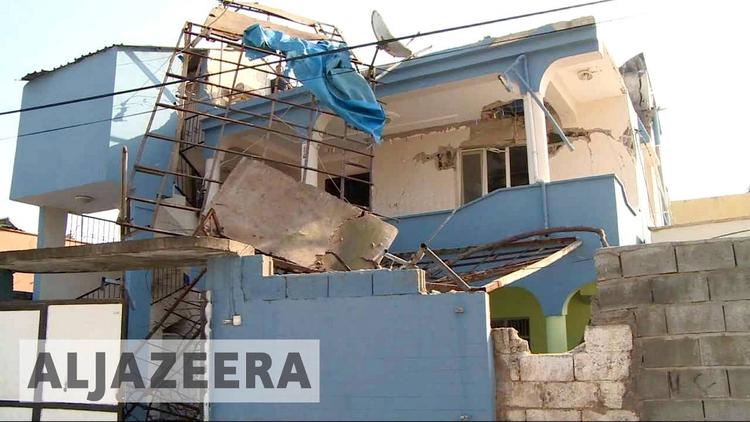 Turkey views the growing Kurdish power along its border as a national security threat.

The overnight attacks came after a lull in Turkish airstrikes following the shooting down of a Russian warplane elsewhere in Syria last weekend.

The airstrikes destroyed 19 targets including ammunition depots, shelters and gun positions, the armed forces said in a statement without specifying when the raids were conducted.

Seven YPG fighter and two civilians were killed in the strikes, according to the Syrian Observatory for Human Rights, a U.K.-based group that monitors the war in Syria.

Ankara launched an air and ground offensive in Afrin on Jan. 20 against the YPG, which it views as a terrorist group and an extension of the Kurdistan Workers Party, PKK, that has waged a three-decade insurgency on Turkish soil.

The YPG and its allies have set up three autonomous cantons in the north, including Afrin, since the Syrian conflict began in 2011.

The U.S. supports the Kurdish-led forces in the fight against the Islamic State group which has infuriated Turkey, which views growing Kurdish power as a security threat along its frontier.