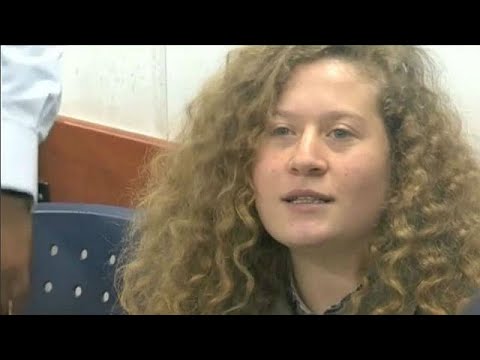 Palestinian teen Ahed Tamimi is to serve eight months in an Israeli jail after reaching a plea bargain, Israeli newspaper Haaretz has reported.

Details have yet to be made public after the court held a closed session today, however the paper reported that Tamimi would plead guilty to four charges of assault and that the agreement must be approved by a military court.

Tamimi, 17, who was charged with stone-throwing and attacking soldiers, was arrested in December after a video showing her slapping Israeli soldiers and telling them to leave her property went viral. Israeli soldiers had invaded her home and shot her cousin in the head minutes before.

Her trial has been delayed some four times, during which she has been kept in police custody. Her case has gained international support, with international NGOs, British politicians and the UN calling for her release. An online petition protesting her imprisonment has been signed by more than 1.7 million people.

Israeli police have continued to harass the Tamimis since Ahed’s detention and have also arrested 10 members of her family, including her cousin Mohammed Tamimi, who was initially shot. During his detention, Israeli authorities also attempted to prove that her cousin Mohammed, who lost a third of his skull due to the impact of the bullet, actually sustained his injury from falling off his bike.