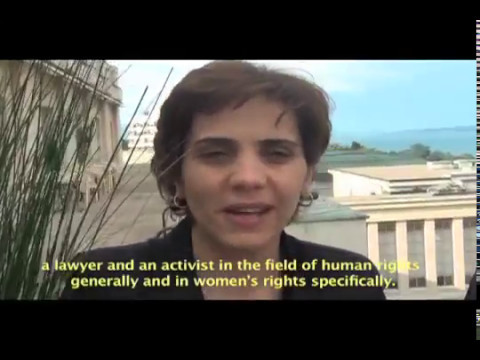 Parliament Candidates Should Commit to Reforms

Lebanon has made some positive incremental steps in recent years toward protecting women’s rights, but is behind other countries in the region in some respects. In 2014, parliament adopted a landmark law on domestic violence, but it defined domestic violence too narrowly and failed to criminalize marital rape. In 2017, parliament repealed article 522 of the criminal code, which had allowed rapists to escape prosecution by marrying their victim, but left a loophole for cases concerning sex with children ages 15-17 and seducing a virgin girl into having sex with the promise of marriage.

“Despite some recent reforms, Lebanon’s laws still explicitly permit violence and discrimination against women,” said Lama Fakih, deputy Middle East director at Human Rights Watch. “Parliamentary candidates should show they are serious about women’s rights by promising to take serious and specific steps to fix laws that are failing women.”

Lebanon has no civil code covering issues such as divorce, property rights, or care of children. Instead, 15 separate religious laws govern personal status issues. These laws all discriminate against women and none guarantee basic rights. Autonomous religious courts administer these laws with little or no government oversight, often issuing rulings that violate women’s rights. And unlike Lebanese men, Lebanese women cannot pass on their nationality to their children or foreign husbands. Parliamentary candidates should commit to passing a civil personal status law that would guarantee that all citizens are treated equally and amend Lebanon’s nationality law to ensure that Lebanese women can pass on their citizenship to their children.

“By ceding personal status matters to religious courts without guarantees of basic equality or oversight, parliament has utterly failed to protect women’s rights,” Fakih said. “It is outrageous that Lebanese women cannot pass on citizenship to their children, arbitrarily depriving children of citizenship and leaving some at risk of statelessness.”

Lebanon is behind many other countries in the region that have set 18 as the minimum marriage age, including Algeria, Egypt, Iraq, Jordan, Libya, Morocco, Oman, Tunisia, and the United Arab Emirates.

“Early marriage can have dire lifelong consequences, and can often spell the end of a girl’s education and leave her at heightened risk of marital rape, domestic violence, exploitation, and a range of health problems,” Fakih said. “It is inexcusable that parliament has not stepped in to protect girls and end the current mess of inconsistent and inadequate laws.”

A landmark 2014 domestic violence law established important protection measures and related policing and court reforms. But the law defines domestic violence narrowly, and failed to specifically criminalize marital rape, which is not a crime under other Lebanese law. It also does not require religious courts to adhere to civil court rulings relating to domestic violence, leaving women trapped in abusive marriages. Some religious courts issue obedience and cohabitation rulings against women, requiring them to return to the marital home. Parts of the law have also yet to be implemented, such as establishing family violence units within the Internal Security Forces and a fund to assist survivors of domestic violence. Meanwhile, parliamentarians have introduced multiple draft laws on sexual harassment, but parliament has yet to take action on this issue.

Parliamentary candidates should promise to support amending this law to end all forms of domestic violence and ensure that the legal definition of rape is comprehensive and does not make exceptions for marital rape. They should also commit to passing a law against sexual harassment.

“Lebanon’s law on domestic violence was an important first step, but fell short,” Fakih said. “Candidates for parliament should promise to finish the job and to close loopholes that still permit violence against women.”

A lack of coordination in the government’s response to sex trafficking puts women and girls at risk. Syrian women appear to be at particular risk of being trafficked into forced prostitution and sexual exploitation in Lebanon. Parliamentary candidates should support more effective enforcement of Lebanon’s anti-trafficking laws and decriminalizing consensual adult sex work so that trafficking victims can report crimes to authorities without fear of arrest.

“Sex trafficking is a stain on Lebanon’s reputation and the government has not done enough to stamp out this crime,” Fakih said. “Parliamentary candidates should promise to remove obstacles to reporting trafficking and providing support to trafficking survivors.”

An estimated 250,000 migrant domestic workers in Lebanon, the majority of them women, are excluded from labor law protections and often left out of the women’s rights debate. Lebanon has become an outlier on this issue as most of the major countries of destination for migrant domestic workers have instituted such laws. The kafala (sponsorship) system subjects migrant domestic workers to restrictive rules under which they cannot leave or change jobs without their employer-sponsor’s consent, placing them at risk of exploitation and abuse. Candidates should promise to extend labor law protections to domestic workers and to reform the kafala sponsorship system so that workers’ visas are no longer tied to individual sponsors, and so that they can leave their job without the sponsor’s consent.

“We have for years documented reports of rampant abuses against migrant domestic workers in Lebanon, and these women deserve the same protection as everyone else,” Fakih said. “Parliamentary candidates should put an end to a legal framework that facilitates their exploitation and abuse.”