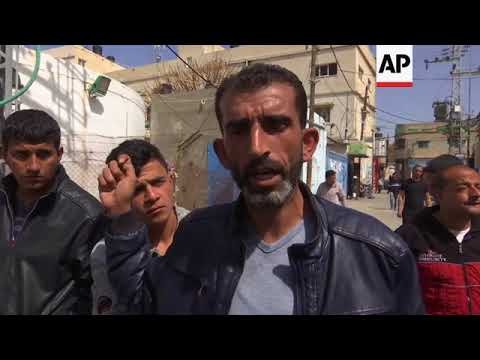 The Director of Al-Mezan Centre for Human Rights said on Sunday that 2017 was the worst year in the history of the Gaza Strip in terms of political, economic, cultural, social and health conditions, Felesteen.ps has reported. Issam Younis told journalists in the besieged territory that the coming days would be “worse” if the Israeli siege remains in place and the Palestinian division is not ended.

Younis called for the international community to put pressure on Israel to abide by international law and lift the 11-year-old siege on Gaza. He also called for the Palestinian Government of National Accord to stop its punitive measures against the people of Gaza, including forcing its employees in the territory into early retirement, slashing up to 50 per cent of salaries and reducing supplies of electricity, medicines and medical equipment.

According to the human rights official, the number of Gazans suffering psychological disorders increased by 21 per cent in 2017 compared with 2016, and the rate of those who are consulting psychiatrists increased by 69 per cent during the same period. Meanwhile, the marriage rate decreased by 10.8 per cent and families which are run by women increased by 9.5 per cent.

In addition, field researcher Mohamed Abu Jray said that the Palestinians in Gaza are currently in urgent need of 102,000 residential apartments. Around 24,000 of the apartments destroyed during Israel’s wars against civilians in the enclave between 2008 and 2014 still need to be rebuilt. Indeed, only around 53 per cent of the houses completely destroyed by the Israeli occupation during the last offensive in August 2014 are suitable for human habitation.

With regards to the economic crisis, Centre staff pointed out that exports from Gaza decreased to their lowest level ever, and estimated monthly losses resulting from the siege amount to $16 million. Unemployment among young people, meanwhile, has reached 60 per cent; among women the figure is 85 per cent.

Almost 1,000 acres of agricultural land has been damaged due to Israel’s use of poisonous pesticides and the lack of a reliable electricity supply for irrigation purposes.