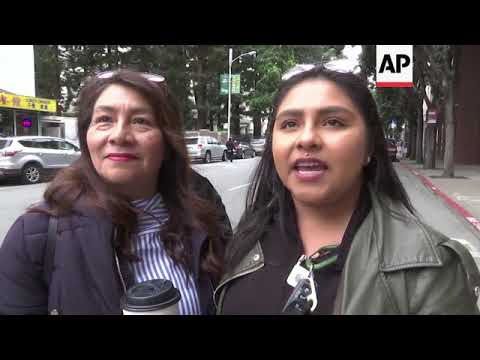 Whatever your views on immigration, we should all agree not to torment small children.

We’ve reached a cruel new phase in the U.S. government’s war on immigrants without papers. And it should disturb you no matter what your views on immigration.

When undocumented immigrant families are detained, they are being increasingly split up. Not only are whole families being rounded up, but parents are being detained separately from their children — often states away.

Jose Demar Fuentes, an asylum seeker from El Salvador, is being held in San Diego. His one year old son is being held in Texas. “What I would give to have my son close to me,” he told a San Diego radio station through tears.

Some believe separating families is a coordinated tactic of the Trump regime to discourage undocumented immigration.

Separating parents and children is so traumatic to the developing brains of children that it should be considered inhumane. Maybe even torture.

One study counts how many adverse childhood events (ACEs) a person suffered and correlates them with mental and physical health problems. The study — online at ACEstoohigh.com — counts 10 different types of childhood trauma: physical, sexual, or emotional abuse, the loss of a parent, having a parent suffer addiction or mental illness, and so on.

Most Americans score at least a one on the test. But the higher your score, the more likely you are to suffer heart disease, suicide, alcoholism, cancer, diabetes, mental illness, and more later on.

Families coming from El Salvador like Fuentes are fleeing violence. They’ll keep fleeing as long as it remains unsafe. Wouldn’t you? Odds are you would do just about anything to keep your children from being murdered.

Given what they’re fleeing, their children might well have already suffered traumas at home, and then suffered more on the journey through Mexico.

By ensuring their trauma continues once they reach the United States, it’s questionable we’ll discourage others from coming. But it’s certain we’ll permanently harm the health of the children we detain.

That child will grow up somewhere. Wherever they wind up, we’re making the world a worse place by unnecessarily traumatizing them.

Fuentes’ son is one. Are we really such an inhumane country that we’ll terrorize a one-year-old to make a point to undocumented immigrants that they shouldn’t come here? A blameless one-year-old?

There are many ways to resolve the problems with immigration system. Whatever we choose, surely we can find one that doesn’t fall on the backs of innocent children.

Ideally, we can find a solution that keeps families together.

OtherWords columnist Jill Richardson is the author of Recipe for America: Why Our Food System Is Broken and What We Can Do to Fix It. Distributed by OtherWords.org.

Syndicated with permission from Otherwords.org