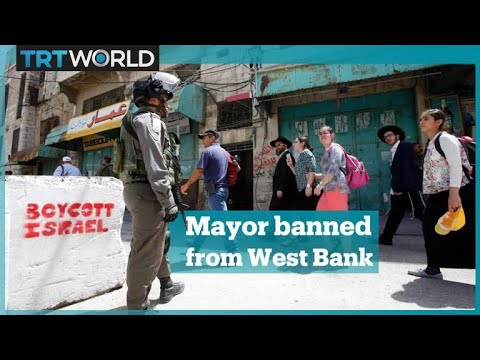 Leclerc Patrice, a member of the French Communist Party, has been denied entry into Israel more than once for his support of the BDS movement.

France’s Foreign Ministry requested Tuesday that Israeli authorities allow entry for elected officials into Israel and occupied Palestinian territories, a day after the mayor of Gennevilliers, a Paris suburb, was denied entry to the West Bank for his support for the Boycott, Divestment and Sanctions movement (BDS).

Patrice Leclerc, mayor of Gennevilliers and member of the Communist Party of France, arrived to the Allenby Crossing from Jordan together with his wife to cross into the West Bank before they were not allowed in by the Israeli border authorities.

A spokesperson of the French Foreign Ministry said Leclerc was heading there to supervise the implementation of internationally sponsored programs in the occupied Palestinian territories, but Israel’s chief of Strategic Affairs, Gilad Erdan said he was banned from entry for his BDS support.

“Those who work to boycott Israel will not enter – especially when they are officials,” said Erdan.

Israel’s Strategic Affairs Ministry explained Leclerc was turned back over his support of the pro-Palestinian boycott movement, which was recently nominated for the Nobel Peace Prize.

“The decision not to let him into the country was made for a series of reasons in connection to his activity in the BDS movement and his promotion of boycotts against Israel,” reads the statement.

In a letter directed to the French Foreign Minister Jean-Yves Le Drian the mayor of Bagneux Marie-Helene Amiable wrote that his collegue Leclerc had been stopped from attending an important conference about Palestinian prisoners in Jerusalem, having to endure six hours of detainment and interrogation before being expelled from the country.

“This humiliation of the mayor’s functions and France is unacceptable,” says the letter by Amiable.

This is not the first time Leclerc has been refused entry to Israel or the occupied territories. According to the same statement, he was turned back on November 2017 when he tried to visit the Palestinian lawmaker Marwan Barghouti, who is currently in jail over terrorism and murder charges, as part of a delegation of European officials.

Barghouti is considered one of the leaders of the First and Second Intifadas who had resistance groups until being arrested by the Israeli occupation forces. He was sentenced to five life sentences and refused to present a defense team against what he considered an illegal court.

Among the reasons listed by the Israeli ministry are his support to a petition submitted to Francois Hollande in 2016,-who was the president at that time, to endorse the BDS movement, a pro-Palestinian event post in his personal website, and his sponsorship of a pro-BDS event in his city in 2011.

“We will not allow those who act against Israel to enter and incite against the state,” said Ayre Dery, Israel’s Interior Minister, in a statement.

In January 2018, Leclerc promoted a symbolic recognition of the State of Palestine by Gennevilliers’ city council, but he backtracked under pressure by the regional government of Val d’Oise and the National Bureau Against Anti-Semitism.

Last week, Dublin mayor Micheal Mac Donncha was almost denied entry at the Ben Gurion airport, but finally made it into Israel because the Interior Ministry had misspelled his name. Israeli authorities black-listed him because of his support to the Ireland Palestine Solidarity Campaign.

Upen leaving the country, authorities made Mac Donncha sign a document banning him from further entering Israel without prior authorization.