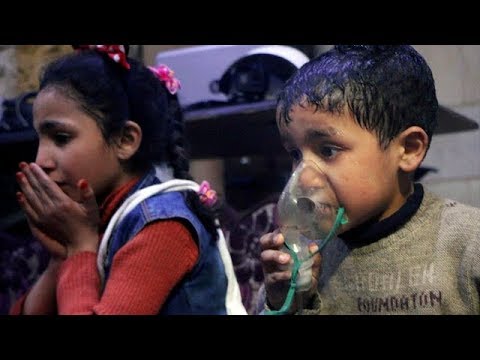 Russia’s military said an operation would begin on Sunday to bring fighters of the Jaish al-Islam rebel group out of their besieged enclave of Douma, Interfax reported, after the Syrian government said the group had asked for negotiations.

There was no immediate comment from Jaish al-Islam. The group so far has rejected a Russian offer of safe passage out of Douma, which is near Damascus, to rebel-held areas at the border with Turkey.

Major-General Yuri Yevtushenko, head of the Russian peace and reconciliation centre in Syria, said the operation to take “irreconciable militants” out of Douma would begin on Sunday.

Jaish al-Islam accused the Syrian government of carrying out a chemical attack on Douma on Saturday evening that a medical relief organisation and rescue workers say killed dozens of people. The government has denied carrying out such an attack.

Citing sources in Jaish al-Islam, the pro-Syrian opposition Orient television said talks were underway between the group and Russia about reaching a final agreement for Douma.

Syrian President Bashar al-Assad has won back control of nearly all of eastern Ghouta in a Russian-backed military campaign that began in February, leaving just Douma in rebel hands. After a lull of a few days, government forces began bombarding Douma again on Friday.

The offensive in Ghouta has been one of the deadliest of the seven-year-long war, killing more than 1,600 civilians, according to the Syrian Observatory for Human Rights.