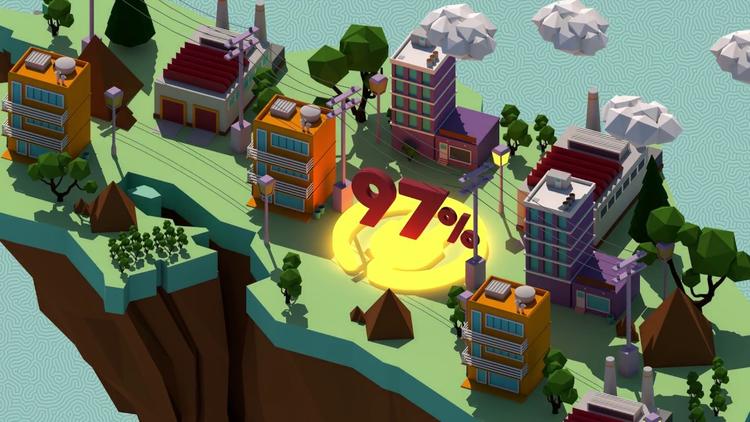 The aspiration for a 100% green electricity grid is no longer a dream. It is regularly being achieved in the real world for weeks or months on end. This development is absolutely crucial, since burning fossil fuels at the rate we are burning them is rapidly changing the climate in ways that seriously harm our quality of life.

In this past March, Portugal not only generated enough electricity from renewables to power the whole country for the whole month, it actually produced extra electricity this way. Portugal is constructing an underwater cable to export green electricity to Morocco, and hopes to strengthen the links of its grid to Spain and France. But the important thing is that Portugal, a country of over 10 million people, may soon regularly avoid burning fossil fuels for making electricity nationally. 100% renewables are becoming normal.

Portugal has an advantage in that some 30% of its electricity comes from hydro. Still, if it had not invested heavily in wind and in re-engineering its national grid, it would not have a chance of getting to 100% renewables. Portugal still has enormous untapped wind and solar potential, too, and the costs of both are falling.

Scotland, with over 5 million people, got 68.1 percent of its electricity from renewables last year. In 2016, the percentage of electricity from renewables was only 54%. Scotland’s renewables percentage is 45% higher than the United Kingdom as a whole. Scotland is now perhaps the world leader in renewables, and has innovated recently in offshore, in-the-sea wind turbines. Much of the advance in green energy, however, has been driven by onshore wind. Britain in general also greatly increased its renewables generation last year, to over 28%, a record.

Costa Rica, a country of nearly 5 million, ran on renewables for 300 days of the past year. It has hydro and geothermal as well as having put in a lot of wind turbines. Costa Rica has a great deal of untapped solar potential, as well. There does not seem much doubt that the country can generate its electricity completely from renewables in the near future (its stated goal is 2021).

When the news broke about the 300-day record, some critics pointed out that Costa Rica still burns a lot of petroleum to fuel cars and trucks. The electricity sector is only one generator of heat-trapping carbon dioxide gas. The transport sector is also key. Costa Rica’s leaders heard the criticism.

The incoming president of Costa Rica, Carlos Alvarado Quesada, says he is going to decarbonize the transportation sector, making electric cars and trucks standard in the country. (He is a prominent journalist and novelist, and cleverly represented decarbonization as a national achievement on the scale of the 1948 abolition of the army). India has made a similar pledge, and this goal appears to be shared by more and more environmentally conscious countries.

In general, the world invested more in solar energy than in coal, gas, and nuclear combined last year. The Portuguese, Scottish and Costa Rican advances are not even very dependent on solar, which suggests that a whole new wave of further renewables implementation is around the corner.