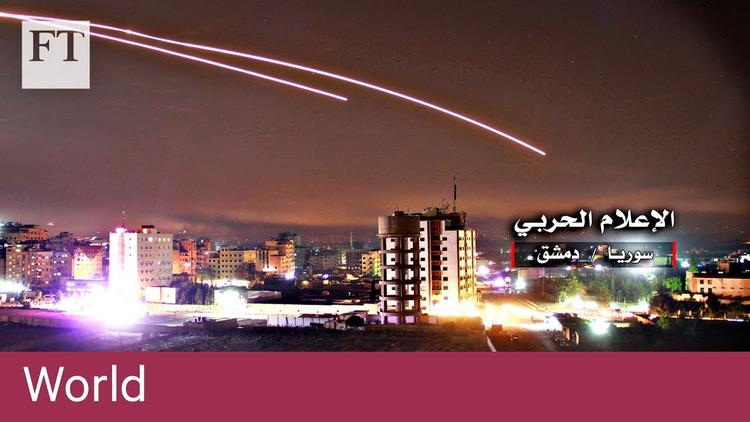 It is understandable that observers are alarmed about an Iran-Israel conflict in the aftermath of the violation by Trump of the 2015 Iranian nuclear enrichment treaty. Israeli prime minister Binyamin Netanyahu worked hard to undermine the treaty in the US, using cut-outs such as allegedly corrupt casino mogul Sheldon Adelson, who bought the Republican Party in Congress with massive campaign contributions.

The Israelis struck a Golan village in Syria, baiting Hizbullah and Iran into a response, and then used the response as a pretext for a substantial set of bombing raids on alleged Iranian facilities in Syria. Netanyahu appears to have cleared these strikes with Vladimir Putin, who seems to have okayed them as long as they did not threaten Syrian regime stability or harm Russian military forces in Syria.

That is, Putin is not really an ally of Lebanon’s party-militia, Hizbullah, but rather is willing to allow it to deploy alongside the troops of the Syrian Arab Army to shore up the regime of Bashar al-Assad. It is an alliance of convenience, purely based on a commitment to prop up the Baath Party in Damascus. If Hizbullah fights Sunni Muslim extremists allied with Chechen rebels, Putin will give them air support from his Aerospace Forces.

But to the extent that Hizbullah and Iran have used their presence in Syria also to establish weapons smuggling networks for the protection of south Lebanon or to regain the Occupied Golan Heights, that is, to any extent the Shiite powers have used their defense of al-Assad also to strengthen themselves against Israel, Putin is neutral. He has a million former citizens in Israel and can think of uses for it in Russian power games. So his attitude seems to be, with regard to the Hizbullah-Israel context, ‘knock yourselves out.’ As long as al-Assad is secure and as long as the Sunni rebels are gradually losing, Putin doesn’t care.

That Putin will put up with some tit for tat raiding between Israel and Hizbullah/Iran in Syria, however, is not the same thing as saying that he will put up with a full scale war between the two. Such a war would violate his guidelines, inasmuch as it would weaken the pro-Assad forces and risk letting the Sunni rebels achieve a resurgence, and a big war would endanger Russian military personnel and facilities.

So yesterday’s raids are probably the most extensive Israel can hope to launch. The conflict in Syria cannot escalate because Russia won’t allow that.

Israel could try to repeat its 2006 attack on Hizbullah in Lebanon, but that misadventure did not go well and Hizbullah is a lot better armed and battle-hardened now than then. It could nevertheless happen. It is hard to see how it could be a victory for anyone.

Iran is too far away from Israel to engage it directly. Even if Israel deployed from Azerbaijan, that would just cause an Iranian invasion of Azerbaijan, likely with the help of Armenia. Israel has allegedly bothered Iran with covert ops such as assassinating its scientists or encouraging the Baluchi terrorist group, Jundallah, to blow up Shiite mosques in Zahedan. That is a dangerous game because there are things Iran can do covertly to Israel, as well, and Israel is far more vulnerable to psychological warfare.

It is possible that a million of the supposed 6 million Israeli Jews actually already mainly live abroad. If they thought they were in real, ongoing danger, many of the remaining five million would decamp tomorrow. Hizbullah’s rocket capabilities do not scare Israel because a small Lebanese militia could defeat the Israeli military. They scare Israel because they are an impediment to free movement and annexation of Lebanese land and water, and because they can make Israelis leave their homes (a fourth of Israelis were forced into shelters or went to stay with family in the south during the 2006 Israeli attack on Hizbullah).

Ironically, both sides probably see their military moves as defensive. Hizbullah was formed to end an 18-year-long Israeli occupation of 10 percent of Lebanese territory, in which it succeeded. But they fear that if they weaken, expansionist Israel will come back. Iran believes Israel had a plot to overthrow al-Assad and put the al-Qaeda-linked Nusra Front in charge of Damascus. Israel fears that Iran is using Hizbullah to put psychological pressure on Israeli Jews to emigrate.

Such fears can provoke wars between neighbors. But despite the estimated 2,000 Iranian Revolutionary Guards Corps officers, troops and trainers in Syria, Israel and Iran aren’t neighbors and so a conventional war between the two would be extremely difficult to pull off.