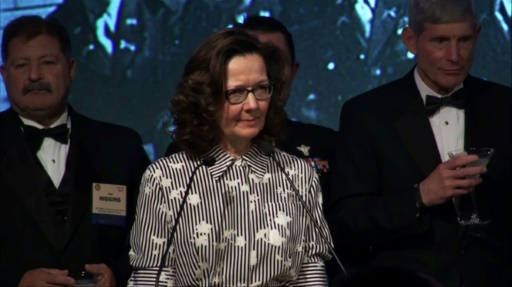 Washington (AFP) – President Donald Trump on Monday defended his nominee to lead the Central Intelligence Agency as she faces stiff opposition over her past role in the torture of Al-Qaeda detainees.

“My highly respected nominee for CIA Director, Gina Haspel, has come under fire because she was too tough on Terrorists,” Trump tweeted.

“Think of that, in these very dangerous times, we have the most qualified person, a woman, who Democrats want OUT because she is too tough on terror. Win Gina!”

Trump’s tweet came as the CIA veteran’s history of involvement in the torture of Al-Qaeda suspects after the September 11 attacks threatens to derail her nomination to lead the premier US spy agency.

The little-known Haspel, who spent three decades in the agency’s covert services, is scheduled to face questioning Wednesday in a confirmation hearing at the Senate Intelligence Committee.

She has strong support from within the intelligence community to take the lead at the CIA, where she is currently deputy director and acting director.

But a number of senators and rights groups are demanding accountability for “War on Terror” abuses at CIA-run black sites in other countries, especially in waterboarding two suspects at a secret prison in Thailand in 2002.

The Washington Post reported that Haspel, who oversaw the Thai site when one of the suspects was waterboarded, was ready to step aside at the end of last week to prevent harm to the CIA’s and her own reputation.

CNN reported Monday that the White House had already pinpointed a replacement candidate to lead the spy agency if Haspel cannot be confirmed. 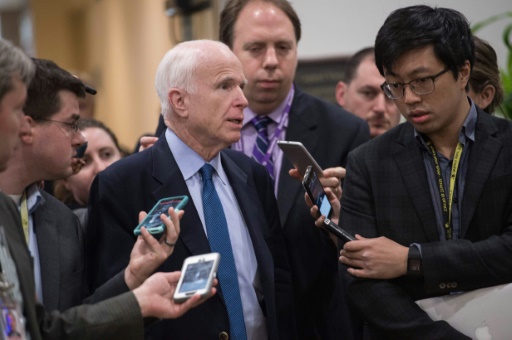 Haspel, 61, has by most accounts been an exemplary operative during 33 years in the CIA’s shadowy clandestine service. The national security community, including multiple former CIA chiefs, have strongly endorsed her.

In an aggressive campaign in Haspel’s support, the CIA has selectively declassified details of her career.

She twice served as London-based chief of European operations; she learned both Russian and Turkish on the job; she led an operation to nab two of the bombers of US embassies in Africa in 1998; and she once helped Mother Teresa in efforts to get food for needy people — though just where that took place also remains classified.

Nothing is said about her role in the interrogation program, in which major Al Qaeda suspects Abu Zubaydah, Abd al-Rahim al-Nashiri and Khalid Shaikh Mohammed all went underwent brutal treatment, including waterboarding.

But her being part of that is not denied. According to the CIA, in 2001-2003 she was a deputy group chief of the Counterterrorism Center, which ran the program, and from 2003-2004 she was a “senior-level supervisor” of the CTC.

Former CIA officers identify her as the chief of staff of Jose Rodriguez, the CTC director most identified with the interrogation program, and they say she was present in Thailand when Nashiri was tortured.

And in 2005 Haspel, according to the CIA, helped when Rodriguez ordered the destruction of nearly 100 videotapes that showed the waterboarding of Abu Zubaydah.

– Confirmation would be ‘terrible signal’ –

Critics oppose promoting someone so closely identified with torture to the position of the US spy chief.

“The torture of detainees in US custody during the last decade was one of the darkest chapters in American history. The Senate must do its job in scrutinizing the record & involvement of Gina Haspel in this disgraceful program,” said Republican Senator John McCain, who as a North Vietnamese prisoner of war from 1967 to 1973 underwent torture,

“The torture and cruel treatment of prisoners undermines our national security by increasing the risks to our troops, hindering cooperation with allies, alienating populations whose support the United States needs in the struggle against terrorism, and providing a propaganda tool for extremists who wish to do us harm,” they said.

“It would send a terrible signal to confirm as the next director of the CIA someone who was so intimately involved in this dark chapter of our nation’s history.”