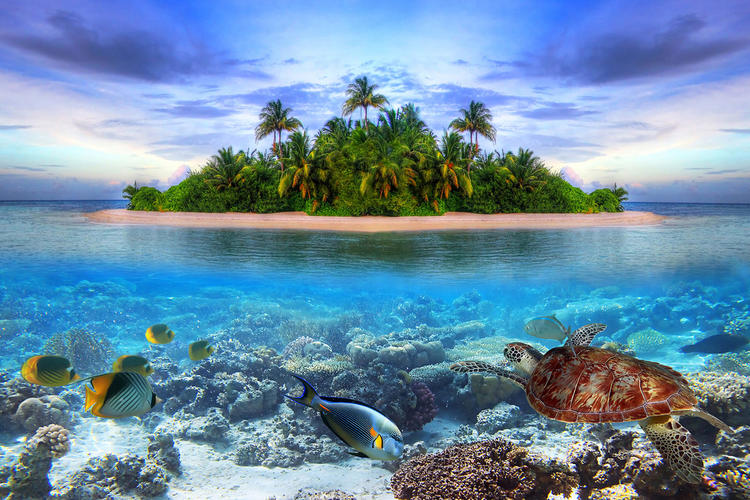 Melbourne and Oxford (The Conversation) – Almost all of us are going to be worse off as climate change takes hold, whether through heatwaves, changing rainfall patterns, sea level rise, or damage to ecosystems. But it’s the world’s poorest people who will suffer the biggest disruptions to their local climate, as our new study, published in Geophysical Research Letters today, explains. 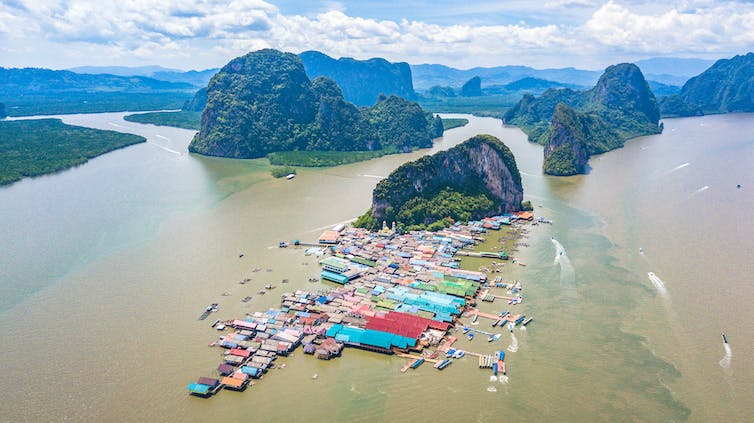 Poor tropical nations are likely to feel the effects of climate change most acutely. Apiguide/Shutterstock.com

The Paris Agreement aims to keep global warming well below 2℃ above pre-industrial levels, and ideally no more than 1.5℃. Meeting the more ambitious 1.5℃ target will be extremely challenging, given that we have already had more than 1℃ of global warming so far, and global greenhouse emissions are still rising.

We examined the likely consequences of missing the 1.5℃ global warming target in terms of perceptible local climate change, by looking at the “signal-to-noise ratio”. The idea is that 1℃ of warming is more noticeable where there is very little variation in temperature (such as in Singapore, for example) compared with places where the temperature variations are much higher (like Melbourne). Where temperature variations are smaller less warming is needed before the change in climate becomes noticeable.

Society and ecosystems are adapted to the range of temperatures experienced in their location, so the signal-to-noise measure of climate change reflects this effect. In simple terms, it is a measure of how soon global warming will push the temperature beyond the normal bounds of variation at a given location. This will happen sooner in places where the weather doesn’t vary much, and later in places where it does.

Because global warming is likely to overshoot the ambitious Paris goal of 1.5℃, but perhaps not the more modest 2℃ goal, we looked in particular at the signal-to-noise ratio created by using state-of-the-art global climate model projections to move between 1.5℃ and 2℃ of global warming.

As expected, the signal-to-noise ratio is high in the tropics, where the variability in temperature is lower. This means that local temperature changes due to global warming will generally be felt more keenly in the tropics than at higher latitudes if the world exceeds the 1.5℃ Paris target.

The inequality of climate change

Next, we overlaid the signal-to-noise ratio data with population and gross domestic product (GDP) data to investigate the relationship between local climate change and wealth.

As the less economically developed areas of the world are predominantly in the tropics, and the more developed economies are at higher latitudes, we predict that the world’s wealthiest countries will experience less perceptible climate change than the poorest.

This means that if we do exceed the 1.5℃ Paris target, the countries that will face the biggest impact are those who are least to blame for creating the problem, and least equipped to deal with the resulting problems.

An impetus to act

Keeping global warming to modest levels, as signatories to the Paris Agreement have pledged to do, has many benefits compared with the alternative of a 3℃ or 4℃ warmer world. Previous research has shown that this would reduce the frequency of heat extremes and their impacts in many places around the world, and would reduce droughts and extreme rain events. There would be benefits for many of the world’s plant and animal species as well as entire ecosystems, including the Great Barrier Reef.

Limiting global warming also helps the poorest parts of the world develop. By reducing greenhouse gas emissions more rapidly the developed world would put less of the burden of climate change onto the developing world. This should incentivise stronger emissions reductions globally. The UN Sustainable Development Goals call for action to eradicate absolute poverty and reduce inequality. Our research underlines the fact that both of these goals, and others, depend implicitly on reining in global warming.

Unfortunately, the alternative – and where our current emissions trajectory is taking us – is a warmer world in which the poorest and least culpable nations pay the biggest price.

Andrew King is Lecturer in Climate Science at the School of Earth Sciences and ARC Centre of Excellence for Climate System Science, University of Melbourne. He began an ARC DECRA fellowship win May 2018. He is interested in the effects of climate change and variability on extremes. His ARC DECRA project will focus on improving the seasonal prediction of climate extremes in Australia. Visit his website.