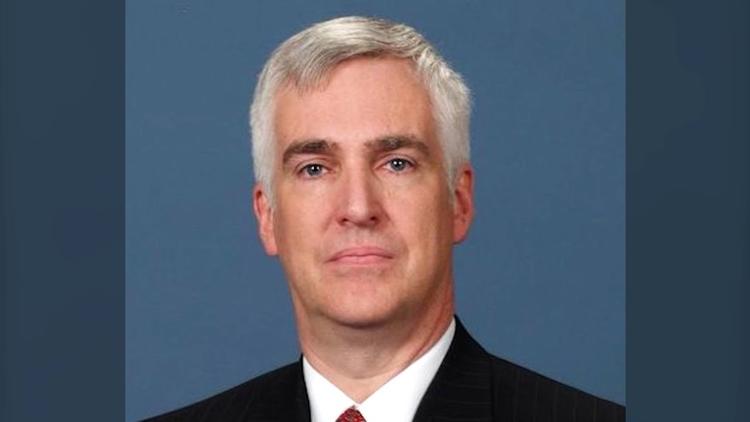 In the brouhaha about Roseanne Barr being fired by ABC/Disney for a racist tweet, the actual origins of her weird outburst against Obama aide Valerie Jarrett were most often passed over.

In her tweet, Barr said “Muslim Brotherhood & Planet of the Apes = VJ.” She later apologized to Jarrett for the gibe.

Responsibility lies with the kooky-yet-sinister-and-powerful Center for Security Policy, run by the High Wingnut of All Wingnuts, Frank Gaffney. Designated as a hate group by the Southern Poverty Law Center, this “think tank” (affiliated to the Zionist far right) has pushed wild conspiracy theories for years about covert members of the Muslim Brotherhood infiltrating the United States government as moles. (Muslims in the United States account for 1% of the population. Only a tiny number of them has any affiliation with the Muslim Brotherhood, which since the 1970s has been a peaceful civil society organization).

The senior vice president of this certified insane organization was Fred Fleitz.

Why do I say “was?” Because the unstable and bellicose John Bolton, Trump’s national security advisor, just made Fleitz the chief of staff for the National Security Agency.

The Washington Post details Fleitz’s history of promoting discredited ideas like that there are Muslim “no-go” zones in European cities or that a quarter of Muslims want to kill non-Muslims.

The Center for Security Policy (so-called) has been after Valerie Jarrett. They have hosted the right wing historian Paul Kengor, who finds Communists under every bed and tries to connect Valerie Jarrett to Communism through the Marshall Plan. Since Kengor thinks Barack Obama is a Communist, as well, it is not entirely clear why he needed to create Valerie Jarrett as Obama’s Communist Rasputin; surely she is redundant in this conspiracy theory? Ms. Jarrett is a businesswoman who serves on the boards of Lyft and Ariel Capital Management Holdings.

Gaffney, Fleitz’s boss with whom he worked closely, pushed the theory on his CSP podcast that Valerie Jarrett who was born in Iran while her American parents were expatriates there for 6 years (her father was a physician and ran the Pathology Department at Shiraz University when Iran was a pro-American monarchy), is “Persian” and influenced Obama’s Iran policy. (Jarrett, an African-American and not a Muslim at all, had portfolios that were domestic, including improving the situation of women and girls). This discussion segued into Gaffney’s obsession with Muslim Brotherhood moles in the US government.

Roseanne picked these memes up either directly or indirectly from the Gaffney-Fleitz shop and their acolytes.

Barr says she did not know Jarrett is African-American. Given the Gaffney-Fleitz line that she is “Persian,” that may even be true. If so, it would be a great irony that she probably could have gotten away with what she thought she was doing– attacking a Muslim-American public servant– but tripped over the racist implications of using the word “ape” about an African-American.

And now the senior vice president of Gaffney’s Neo-Goebbels Idea Factory is the chief of staff of the United States National Security Council.

That is, ABC/ Disney won’t let Roseanne Barr tell jokes on their network because she went after Valerie Jarrett as a Muslim Brotherhood “ape.”

But the people who put her up to these cuckoo for Cocoa Puffs ideas are now running the US government’s foreign policy. Our foreign policy. In the Middle East, where there are thousands of US troops at risk, and where Bush started us on a path to pouring trillions of dollars down the toilet while denying ordinary Americans basic services and a living wage.

Some weird shit is about to go down.