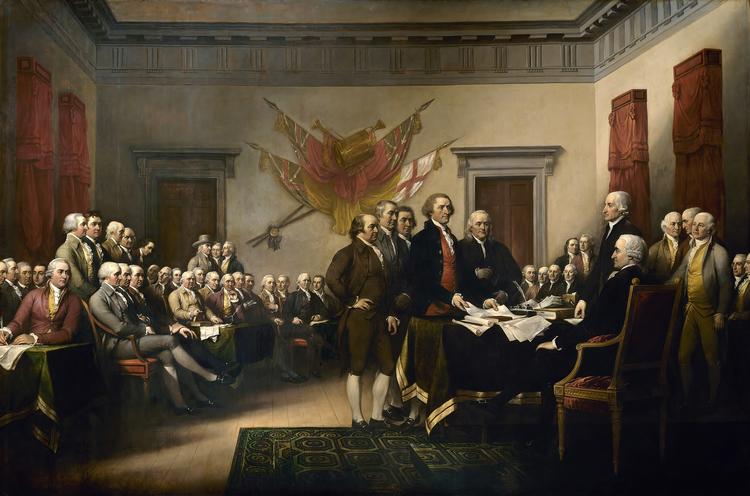 In the early years of the American republic, James Madison warned his fellow countrymen that their chosen system of governance would only survive if they adhered to the principles of representation and kept factionalism in check. In the era of Donald Trump, it would seem that these two conditions are no longer being met.

Berkeley, Ca. (Project Syndicate) – From the very beginning of the American experiment, Alexander Hamilton, one of the new country’s founders, had serious doubts about democracy. “It is impossible to read the history of the petty republics of Greece and Italy without feeling sensations of horror and disgust at the … state of perpetual vibration between the extremes of tyranny and anarchy,” he wrote in The Federalist Papers No. 9.

But Hamilton went on to praise such principles as, “The regular distribution of power into distinct departments; the introduction of legislative balances and checks; the institution of courts composed of judges holding their offices during good behavior; the representation of the people in the legislature.” These, he wrote, “are means, and powerful means, by which the excellences of republican government may be retained and its imperfections lessened or avoided.”

And yet those improvements in the “science of politics” that Hamilton identified could apply just as well to monarchies as to republics, and in fact emerged from monarchies. The Plantagenet kings who ruled England between the twelfth and fifteenth centuries professionalized the judiciary, and established the precedent of securing parliamentary consent before levying taxes. Likewise, the professional bureaucracy and distribution of power that one would expect to find in a republic were also enshrined in the Council of the Indies and the Council of Castile under the sixteenth-century Spanish monarch Philip II.

If Hamilton’s favored political institutions had just as much potential to improve monarchy as to improve republicanism, then why did he have so much confidence in the latter form of governance? He never addressed that question, but another founder, James Madison, devoted considerable attention to it.

Madison expected elected representatives to look outward, assessing the people’s interests and drawing on their knowledge and ideas. But he also hoped that elected officials would look inward, to the government and to one another, to ensure that policies were well crafted. Through prudent representation, a republican form of government can enjoy the advantages of professionalization and expertise, as well as new ideas from society, as it pursues the public interest.
What do you think?

At the same time, Madison stressed the importance of avoiding factionalism, which he defined as, “some common impulse of passion, or of interest, adverse to the rights of other citizens, or to the permanent and aggregate interests of the community.” A monarchy or aristocracy, of course, is nothing but a faction – one that is firmly in control and under little pressure to work for the public interest or consider new ideas. But in a republic, Madison observed, a faction could rule only if it commanded an electoral majority. That is why, when “you take in a greater variety of parties and interests,” he wrote, “you make it less probable that a majority of the whole will have a common motive to invade the rights of other citizens.”

The problem, of course, is that majorities with a malign “common motive” emerge nonetheless. That is how the US got the near-century-long period of “Jim Crow” racial persecution following the Civil War, the herding of Japanese-Americans into concentration camps during World War II, and other shameful episodes.

Or consider what today we would call the ethnic cleansing of Cherokee land in the early nineteenth century – an act of state-sanctioned forced migration known as the “Trail of Tears.” When the US Supreme Court ruled in 1832 that the Cherokee were in fact a sovereign nation, then-President Andrew Jackson simply ignored it. “The decision of the Supreme Court has fell still born,” he told Brigadier General John Coffee, and “cannot coerce Georgia to yield to its mandate.”

Jackson thus rejected a decision handed down by what Hamilton would call “judges holding their offices during good behavior.” In doing so, he confirmed Madison’s fear that if bureaucracy, established procedure, and deliberation cannot transcend the passions of a majority faction, then there can be no “republican remedy for the diseases most incident to republican government.”

Meanwhile, it has been more than a century since the constitutional and semi-constitutional monarchies of Europe faced their own political crises. In the event, they did not move toward centralized socialist dictatorships or strongman plebiscitary ethnocracies, but rather toward representative parliamentary democracy.

The American experiment has not yet reached a point of existential crisis. But there can be little doubt that the US in the Trump era is experiencing the problems that Madison foresaw when he warned that “enlightened statesmen” capable of making “clashing interests … subservient to the public good … will not always be at the helm.”

J. Bradford DeLong is Professor of Economics at the University of California at Berkeley and a research associate at the National Bureau of Economic Research. He was Deputy Assistant US Treasury Secretary during the Clinton Administration, where he was heavily involved in budget and trade negotiations. His role in designing the bailout of Mexico during the 1994 peso crisis placed him at the forefront of Latin America’s transformation into a region of open economies, and cemented his stature as a leading voice in economic-policy debates.