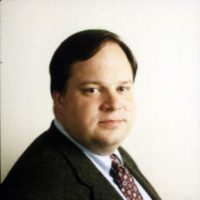 J. Bradford DeLong is Professor of Economics at the University of California at Berkeley and a research associate at the National Bureau of Economic Research. He was Deputy Assistant US Treasury Secretary during the Clinton Administration, where he was heavily involved in budget and trade negotiations. His role in designing the bailout of Mexico during the 1994 peso crisis placed him at the forefront of Latin America’s transformation into a region of open economies, and cemented his stature as a leading voice in economic-policy debates.