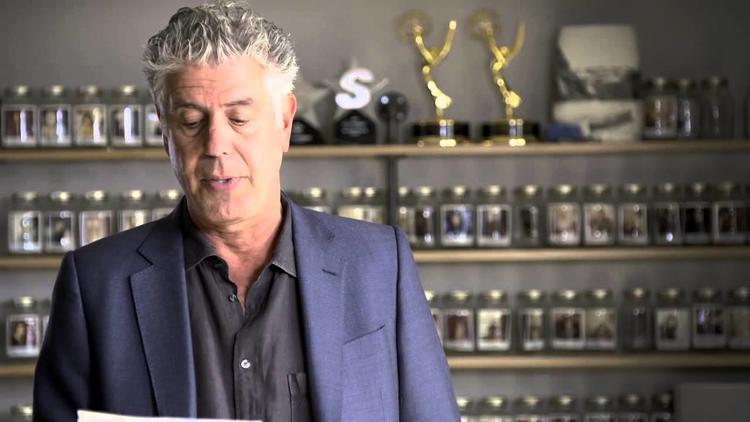 Anthony Bourdain was the only major American celebrity who succeeded in depicting publicly the Palestinians as rational, caring human beings rather than as irrationally angry “inciters” to violence. He was the anti-Bernard Lewis. Lewis smeared the world’s 1.8 billion Muslims with the charge of “Islamic Rage” (as though large swathes of humankind are angry for no reason).

Bourdain said, “The world has visited many terrible things on the Palestinians, none more shameful than robbing them of their basic humanity.”

The Israel propaganda machine has even attempted to smear Razan al-Najjar, the 21-year-old nurse in Gaza who was shot dead by an Israeli-American sniper as she tended, unarmed and clearly wearing medic’s clothing, to injured Palestinians being shot with live ammunition by Israeli troops on the Gaza side of the border. Shooting Razan was a war crime. Razan was engaged in an act of unselfish bravery. We should all be so “complex.” That attempt to dehumanize one Palestinian is typical of the American and Israeli media in general. I can’t tell you how many “panels” on Palestine I’ve seen on CNN that included no Palestinian; often it was three middle aged males, and sometimes they lacked even religious diversity among them.

In the face of this dehumanization, Bourdain stood as an all too rare exception. Half the people in Gaza are children, and Bourdain loved them:

Here is Anthony Bourdain with a group of children in Gaza. Thank you for shining your light on the dark places. pic.twitter.com/225CETUQZd

When the Israeli army, notorious for its use of indiscriminate fire, hit Palestinian children on a beach in Gaza, Bourdain wrote:

Maybe it’s the fact that I walked on that beach—and have a small child that makes this photo so devastating. #Gaza pic.twitter.com/s067RShbVh

And this is how he responded to being honored by a Muslim-American organization for his segment on cooking in Gaza, in which he was forthright about how the world has mistreated the Palestinians (70% of the families in Gaza are refugees, created by a campaign of deliberate ethnic cleansing on the part of Jewish immigrants into British Mandate Palestine, in which the Palestinians were chased from their homes in what was turned into southern Israel and then imprisoned in the Gaza Strip to this day):

And this is the segment on Gaza for which Bourdain eas honored:

Bourdain got away with his humane sentiments toward Palestinians and his calling of bullshit on Israeli propaganda, presumably, because he had a cooking show rather than doing hard news. Or perhaps he stood where he stood because of the sheer force of his personality and his refusal to compromise with principle.

He will be sorely missed.