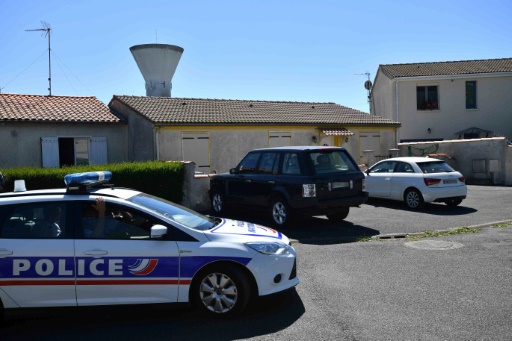 The nine men and one woman aged 32 to 69 were arrested in raids across France on Saturday.

They appeared before a judge on Wednesday evening and were charged with “criminal terrorist conspiracy”, the source said.

Several were also charged with violations of firearms laws and the manufacture or possession of explosive devices.

Police have linked the ten to a little-known group called Action des Forces Operationnelles (Operational Forces Action), which urges French people to combat Muslims, or what it calls “the enemy within”.

The suspects had an “ill-defined plan to commit a violent act targeting people of the Muslim faith”, a source close to the investigation told AFP on Monday.

Rifles, handguns and homemade grenades were found during the raids in the Paris area, the Mediterranean island of Corsica and the western Charentes-Maritimes region.

Prosecutors said in a statement Wednesday that 36 firearms and thousands of rounds of ammunition were seized, as well as items in one suspect’s home that could be used in the manufacture of TATP explosives.

The suspects include a retired police officer, identified only as Guy S., who was the alleged leader of the group, according to a source close to the investigation. The group also includes a former soldier.

France remains on high alert following a wave of jihadist attacks which have killed more than 240 people since 2015.

Officials have urged people not to confuse the actions of radicalised individuals with those of France’s estimated six million Muslims — but anti-Islamic violence is on the rise.

The “Guerre de France” (War for France) website of the shadowy Operational Forces Action depicts an apocalyptic battle scene under the Eiffel Tower, and claims to prepare “French citizen-soldiers for combat on national territory”.

France’s TF1 television has said the group planned to target radicalised imams and Islamist prisoners after their release from jail, as well as veiled women in the street chosen at random.

Featured photo: AFP/File / XAVIER LEOTY. Police officers near the home in Tonnay-Charente of Guy S., the alleged leader of a extreme-right group.