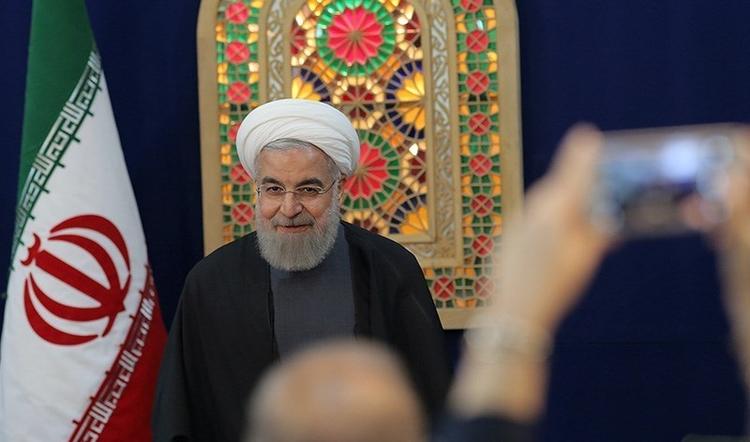 Trump allegedly complained to Israeli Prime Minister Binyamin Netanyahu that after the 2015 nuclear deal, the Iranians “think they can do anything they want.” Presumably Trump was referring to Iran’s geopolitical reach in the Middle East, where it had gathered up allies in Lebanon, Syria, Iraq and Yemen.

It is likely that Trump’s violation of the Joint Comprehensive Plan of Action (JCPOA), the deal signed between Iran and the five permanent members of the UN Security Council plus Germany, was intended to set the stage for a push to contain Iran.

The push against Iran would involve again subjecting it to severe economic sanctions, in hopes of bankrupting it and depriving it of the means with which to continue to play a role in Iraq, Syria and Lebanon.

Boycotts on oil states are not usually effective, since they can usually find a way to sell their oil lucratively nevertheless, and to use the proceeds to cushion the country’s elect.

One corner of the attempt at rollback involves Iraq. When a reconstruction conference took place last February in Kuwait, the Trump administration refused to make any contribution at all to rebuilding the country that the US destroyed. At the same time, the US encouraged Iraq to take aid from Saudi Arabia as a quid pro quo for moving away from Iran.

The continued tone deafness in Washington about Middle East politics, after all these years of being deeply immersed in it, is baffling. The Shiite majority in Iraq isn’t necessarily opposed to better relations with Wahhabi Saudi Arabia. People are more pragmatic than the “clash of civilizations” or “Sunni-Shiite conflict” theses might lead one to expect.

But that the Shiite-majority government of Iraq would turn its back on Iran in favor of an alignment with Saudi Arabia (which does not like Shiites very much) is a daft proposition.

Another sign of Iran Derangement Syndrome in Washington was the unrealistic hopes expressed by right wing pundits that the Iraqi parliamentary election would signal a turn of Iraq away from Iran. The biggest vote-getters were followers of the hard line Shiite cleric Muqtada al-Sadr, who had quixotically allied with the small Communist movement.

Al-Sadr is known for resenting Iranian domination of Iraqi Shiism. His father, an Iraqi Arab, had been a contender for the position of chief Iraqi Shiite authority or clerical Exemplar in Najaf before he was assassinated by the Saddam Hussein regime in 1998. His father’s rival, who rose to the top, is Ali Sistani, from a town near Mashhad in eastern Iran, who came to Iraq in 1952. Not only is Sistani the leading religious authority for Iraqi Shiites but Iran’s clerical Leader, Ali Khamenei, also has influence.

Al-Sadr, however, has just announced that he will form a post-election coalition with Hadi al-Ameri, the leader of a heavily pro-Iranian political list, Fatah, that comprises party-militias backed by Iran, who played a major role in defeated the hard line Sunni ISIL terrorist group that took over northern and western Iraq 2014-2017.

Al-Ameri is head of the Badr Corps, a Shiite militia that began as an offshoot of the Iranian Revolutionary Guards Corps, Trump’s bete noire.

Moreover, the idea that al-Sadr is anti-Iran is overblown. He once dedicated his militia, then known as the Mahdi Army, to defending Iran from anyone who might attack it. When Gen. David Petraeus forced al-Sadr out of Iraq in 2007, Muqatada took refuge in Qom in Iran, where he pursued seminary studies before eventually returning to his country. And after the parliamentary elections of 2010 returned four major blocs, al-Sadr allowed his arm to be twisted by Iran such that he allied with pro-Iranian factions to form a government, locking the Sunnis out of power.

Baghdad looks to have close and warm relations with Iran under the government now being formed. It is being joined by Massoud Barzani’s Kurds, who also have traditionally good relations with Tehran, despite tensions over Iranian Kurdistan (Iran has some 4 million mostly Sunni Kurds, who are sometimes restive).

In fact, the prominence of al-Ameri in the proposed new government raises questions about how welcome the some 6000 US troops in Baghdad will remain now that ISIL is largely defeated.

The May elections in Lebanon also returned a government thick with Christian and Shiite allies of Iran, and in which the position of the pro-Iranian Shiite party-militia, Hizbullah, improved over that of the last election in 2009.

In Syria, president Bashar al-Assad is openly speaking of offering Iran hardened bases in his country. Trump is talking about pulling out US troops from Syria by October, and if that happens (a big ‘if’), there would be nothing to stop plans for formal Iranian bases from moving forward.

So far, the new alliance of Trump, Saudi Arabia, the United Arab Emirates and Israel against Iran formed in spring of 2017 has had no successes at all. If anything, in the last year Iran’s hand has been strengthened in Iraq, Syria and Lebanon. While the Houthi rebels in Yemen may ultimately be defeated by the Saudi-UAE Axis, which is now attacking the Red Sea port of Hodeida, Iran is only marginally involved in Yemen– contrary to what Saudi propaganda would have us believe.

On the other side of the Arabian Peninsula, Iranian relations with Qatar have warmed up substantially, after Iran helped thwart a Saudi-UAE plot to overthrow Qatar’s government and subject it to themselves. In fact, the Saudi-UAE push on Qatar has destroyed the Gulf Cooperation Council, which used to group Bahrain, Saudi Arabia, Oman, Qatar and Kuwait, and which was formed in 1981 to combat Iranian hegemony in the Gulf. The collapse of the GCC inevitably strengthens Iran’s hand. Oman and Kuwait have stood by Qatar, and both have fair relations with Tehran.

Some 18 months into the Trump administration, Trump hasn’t laid a finger on Tehran, which is still in the catbird seat in the eastern stretches of the Middle East.