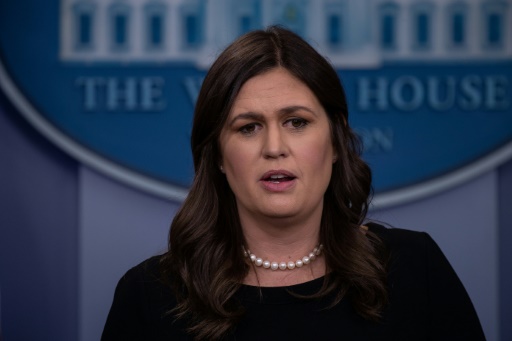 Sara Sanders complained on Twitter about not being served at the Red Hen restaurant in Lexington, Virginia. WaPo reports that the owner, Stephanie Wilkinson, insisted that patrons uphold standards of honesty and compassion, and that Sanders flacks for an “inhumane and unethical” administration, defending Trump’s “cruelest policies.”

Wilkinson’s grounds for not serving the White House spokesperson amounted to personal indecency. It is important to underline that this is what social scientists call an “achieved” status. The grounds had to do with Sanders’ own record of behavior and character, not with anything arbitrary about her.

In contrast, to achieved status, you have ascribed status. The latter is determined by things people think about your inherited characteristics. Being Black or Latino is an ascribed status. Or your family religion as a Catholic or Jew would be in this category of ascribed. It has to do not with your personal standards of character but with what prejudices people might have toward a whole group, of which you are part by virtue typically of inheritance. Even if you converted to Catholicism, e.g., you are not responsible for what all Catholics might have done or for what fanatic Protestants think about Catholicism.

Sanders achieved her status as pariah in many quarters by lying assiduously on television for a living– by saying things she knew were wrong and/or untrue.

In contrast, Sanders is an advocate for allowing restaurateurs to discriminate on truly objectionable grounds, of ascribed status.

Last December, this report about her appeared in The Advocate:

“President Trump’s press secretary said her boss would have no problem with businesses hanging antigay signs that explicitly state they don’t serve LGBT customers. Hours after oral arguments concluded in the Masterpiece Cakeshop case — where a Colorado baker argued to the Supreme Court that his religion allows him to refuse service to gay people — press secretary Sarah Huckabee Sanders was confronted on legalized discrimination during today’s White House press briefing.”

So she thinks businesses are allowed not only to refuse to serve gay, Lesbia, bi- and Trans customers, but are actually allowed to libel and denigrate them in print outside their establishments! (By the way, the Supreme Court decision did not actually allow this; it only concluded that the backer had not gotten a fair trial.)

She also defended Trump’s decision to ban transgendered people from serving in the US military, lying that it was a military rather than a political decision (no military commanders asked for it and some actively resisted it).

When Trump complained about Sanctuary cities having a “ridiculous” “crime-infested and breeding concept,” Sanders was unfazed, telling a reporter whether the term “breeding” wasn’t a racist dog whistle: “Certainly I think it could mean a lot of things to a lot of people. But the president is talking about a growing problem.”

Or there is her insistence that the national epidemic of police shootings of unarmed, innocent Black people in the US is “a local matter.”