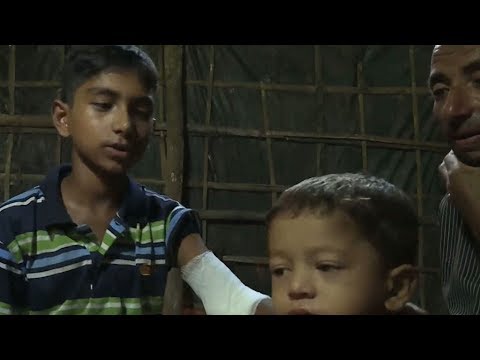 Separating children from their parents, as Trump, Sessions and their myrmidons are doing, is monstrous and has been characteristic of the biggest dictators of the modern era. Here are a few instances in case you don’t believe me:

1. Stalin’s police used to designate some Soviet citizens as “enemies of the people” and then would take their children from those families. Some so designated who had their families confiscated were Jews.

Every family that lived in the cities was forced by Khmer Rouge soldiers to work in the fields in the countryside. This was the time in which husbands and wives, mothers, fathers and their children, and brothers and sisters were all separated from each other.

3. Under Spanish dictator Francisco Franco, Catholic hospitals were encouraged to steal babies from leftist families at the hospital, telling the parents they were stillborn, and then to give the infants to right wing families to raise.

4. Saddam Hussein, the Iraqi dictator, expelled tens of thousands of Iraqis of Iranian heritage as marked by their family names. In some instances, Saddam kept the children but expelled the parents:

“Many Shi’a refugees from southern Iraq testified about the forcible separation of their families during the early years of the Iran-Iraq war, when the Baath regime summarily deported tens of thousands of Shi’a to Iran on the grounds that they were of “Iranian origin.”

5. The Burmese military junta has separated Muslim children from their families, as part of the ongoing attempt by the Buddhists to expel the Muslims.

6 And, yes, Hitler separated children from their families on a large scale. In some instances, he had children with blonde hair and blue eyes born into “Slavic” families kidnapped and given to a German family to raise Aryan.