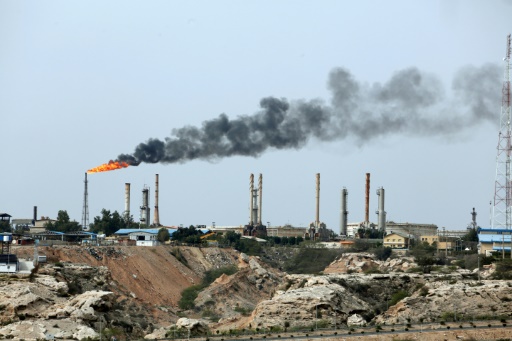 Washington (AFP) – The United States warned Tuesday that countries around the world must stop buying Iranian oil before November 4 or face a renewed round of American economic sanctions.

A senior State Department official warned foreign capitals “we’re not granting waivers” and described tightening the noose on Tehran as “one of our top national security priorities.”

Last month US President Donald Trump withdrew the United States from the Iran nuclear deal, re-imposing US sanctions that had been suspended in return for controls on Tehran’s nuclear program.

Now, Washington is stepping up pressure on other countries to follow suit, including European allies who begged him to stay in the accord and major Iranian customers like India, Japan and China.

European powers in particular have been attempting to negotiate exemptions for their firms, but the official confirmed that Trump intends to stick to his 180-day deadline, expiring November 4.

“I would be hesitant to say zero waivers ever,” he said, but added that the official position is: “No, we’re not granting waivers.”

The senior US official, briefing reporters on condition of anonymity, admitted that this would be unpopular.

“I don’t think the Japanese answer was particularly different than other oil importing countries,” the official said, adding that he plans to visit China and India soon to discuss the matter.

“This is a challenge for them, this is not something that any country that imports oil from Iran … wants to do voluntarily because, you know, we’re asking them to make a policy change.

“China, India? Yes, certainly their companies will be subject to the same sanctions that everybody else is,” he said. “We will certainly be requesting that their oil imports go to zero.”