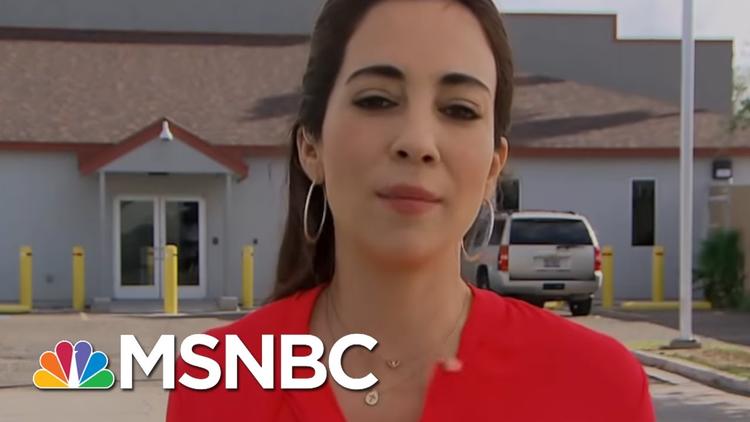 Ann Arbor (Informed Comment) – Journalists have almost certainly misunderstood the Trump White House when they pen this morning’s flurry of articles and television commentary about the White House abruptly being “worried” about the fall-out of the Family Separation Policy announced in May by John Kelly and reaffirmed this month by Attorney General Jeff Sessions and Eminence Grise Jr., Stephen Miller.

This “worry” is said to have impelled Trump and his aides to have Department of Homeland Security head Kirstjen Neilsen fly up Monday from New Orleans to tell lies about the policy instead of Sarah Sanders (this move, despite what some reports speculate, almost certainly had nothing to do with Sanders being reluctant to go on lying about the Trump policy and attributing it to the Congressional Democrats, which is a lie.)

Here is an alternative scenario. This crew are psychopaths and, as their attempt to blame the Democrats for their own policy shows, unrepentant professional prevaricators. They don’t have a kind bone in their bodies, and on the contrary, spontaneously orgasm at the thought of the opportunity to be sadistic to others. The Family Separation Policy is not something they regret or worry about, it is something that gets them off.

But it can’t be explained entirely by mere sadism, though the policy certainly wells up from that motivation.

The Trump White House is still being advised by Steve Bannon, and Bannon is on record that immigration is a winning issue for Trump– that whenever and however it becomes a headline, Trump wins and the Democrats lose.

Trump desperately needs to have the GOP do well in the November midterms. Those midterms are a big question mark. Trump has an advantage inasmuch as voters in off years when the presidency is not being voted on tend to be whiter, richer and older than the voters in presidential election years. Laid against that general advantage is the tendency for the president’s party to lose seats in the midterm. American voters, whether they strategize this issue or not, appear to like split government and don’t usually like to put all their eggs electorally in the basket of one party. Election years in which one party does well, such as 2004 or 2008 or 2016, are usually followed by years in which voters put the opposite party to the one in the White House in charge of Congress.

What Trump needs to win the midterms is for his base to be exercised and excited, and for the Democratic base to be prevented from voting through various forms of voter suppression. These include voter i.d., purging rolls of voters in good standing, and spreading fake news about Democratic Party candidates and policies.

Ripping infants out of the arms of their mothers excites Trump’s base. Some 46% of Republicans approve of the policy, according to an Ipsos poll done for the Daily Beast. And only 32% of Republicans disagree.

Trump’s base has been primed to believe that undocumented immigration into the United States is suddenly a huge crisis. It isn’t. More Mexican-Americans, for instance, leave annually than come in. There may have been a problem in the 1980s and 1990s. But not now. The reason we should not call the policy Zero Tolerance is that the Bush and Obama administrations deported some 400,000 persons a year. There was already zero tolerance. What changed was the charging of asylum seekers and economic migrants as criminals and the consequent removal of their children to concentration camps. His base will likely agree that the situation was created by the Democrats.

If Trump’s policy is overturned, he can use that action to expand his base, by playing the martyr to liberal perfidy. He can also accuse Democrats of letting criminal gangsters (never mind that they are two years old) into the country. Trump has drunk the Bannon Kool-aid.

So while it may be, as corporate media tells us, that only a third of Americans agree with the Family Separation Policy, that statistic is irrelevant. In a typical midterm, only about a third of the electorate comes out to vote. If 46% of Republicans come out, but, as in Ohio and elsewhere, democratic votes can be suppressed by purging the voting registration rolls, then Trump wins. After all, that is how he got into the White House in the first place.

Trump’s base comprises Evangelicals and others who often have an authoritarian mindset, who will likely believe his lie that Family Separation is a Democratic project, and based on Democratic legislation. Fox will help spread this monstrous falsehood. Nothing in the law requires Trump to prosecute refugees who seek asylum in the US for criminal misdemeanors (which triggers the family separation, since children are not allowed to accompany parents into a Federal penitentiary.)

So far from fretting or regretting, Trump is using the immigration issue to whip up sentiment in his base, in hopes that it will turn into a strong showing in the midterms and allow Trump to keep control of Congress.

And I will say, the proof is in the pudding.