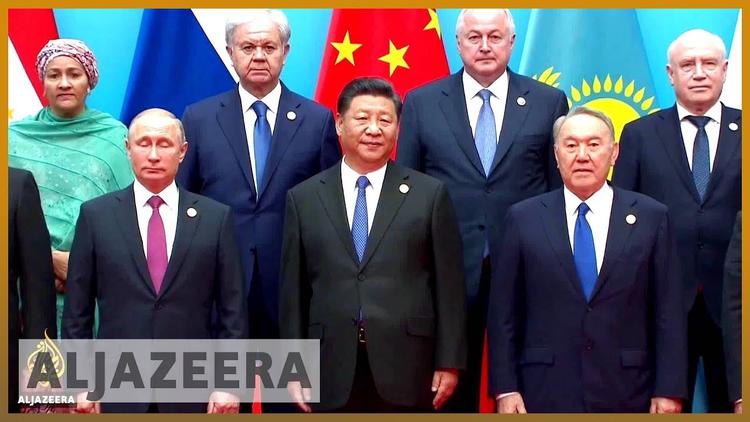 Ann Arbor (Informed Comment) – The Trump administration is unlikely to have the same success in getting other countries to boycott Iranian petroleum as did the Obama administration in 2012-2015, though its officials are making a full court press in that regard.

Proof came in the form of statements from the Turkish, Iraqi and Chinese governments yesterday. Turkish Economy Minister Nihat Zeybekci was scathing on Trump’s aggressive moves against Iran. Turkey, he said, is not bound by the new US sanctions, which are unilateral. Reuters reports him saying in Ankara, “The decisions that the United States makes are not binding on us. We would be bound by any decisions taken by the United Nations,”

Then Zeybekci, who is certainly speaking for newly reelected Turkish president Tayyip Erdogan, put the sting in the tail: “We will try to pay attention so that Iran, which is a friend and brother country, doesn’t experience injustice or is wronged in these matters.”

Turkey isn’t just not cooperating with Washington on this issue, it is actively defying Trump and Pompeo and promising to run interference for Iran. This stance comes despite the conflict in Syria between Turkey and Iran, where they took opposite sides (though that conflict is winding down and likely few would make policy just on that basis anyway).

Turkey is defying not only the US but also Saudi Arabia. The aggressive moves of Riyadh against Qatar did not sit well with Turkey, which sent a few troops to Doha to make the point that no military assault would be permitted. Turkey also cooperates with Iran in attempt to quell Kurdish nationalism, which both countries see as a mortal threat. Erdogan’s government also has bad diplomatic relations with Israel, another proponent of boycotting Iran, and Ankara would go out of its way to spite Tel Aviv on this issue given what it sees as Israeli arrogance and intransigence on Palestine.

Iraq also says that the change in Washington policy toward Iran will not affect its plans for economic cooperation with Tehran. The logistics of oil transport are such that it makes sense for Iraq to send Kirkuk oil to a refinery in Kermanshah for Iranian consumers, and to accept refined Iranian petroleum into south Iraq at the other end of the country. Baghdad expects the arrangement and the extensive Iraqi economic interaction with Iran to remain in place.

Russia had plans to invest $50 bn. in the Iranian hydrocarbon sector, and while some of those plans may now be shelved, Washington should not count on much cooperation from Vladimir Putin, who has an active battlefield alliance with Iran in Syria.

Most important of all, China’s massive Sinopec oil company says it needs Iranian oil for its new provincial refineries and has no plans to cut back.

While India’s government is telling Indian firms to look around for other sources of supply and to remain flexible in the face of the American demands and threats, at the same time New Delhi is exploring starting back up its rupee trade with Iran, sidestepping the dollar and US-dominated bank exchanges.

The Obama administration had two things going for it that Trump does not. The first was the United Nations Security Council sanctions on Iran, the authority of which other countries recognized. Those sanctions were abolished in January, 2016, as a result of the successful negotiations with Iran on restricting its civilian nuclear enrichment program (the Joint Comprehensive Plan of Action of JCPOA of summer 2015). When the US went to 12 Asian countries with a demand that they abide by UN sanctions, it was a powerful pitch. Of course, it was backed up by the threat of third-party sanctions, i.e. that the US Treasury Department would fine companies dealing with Iran in dollars and via bank exchanges over which Treasury had influence. That was the second advantage Obama had– his team developed a whole set of new instruments that damaged Iran’s ability to get insurance and even oil supertankers, and to transfer currency to pay and get paid.

But now there are no UNSC sanctions, and there won’t be any because everyone else on the Security Council is satisfied with Iran’s observance of the 2015 deal. Indeed, they see Trump as the rogue in violating it.

And, Iran and its trading partners were able to develop ways around US sanctions even in Obama times. Iran had supertankers built so it could export oil itself, and insured them itself. It did soft-currency exchanges with countries like India, from which it accepted rupees for its oil, and then spent the rupees on imports from India. There is a cost in doing things this way (maybe 15%?), but it can be done economically.

Even Obama had limited success. Iran ordinarily exports 2.5 million barrels a day of petroleum, which it was doing in 2011 and is doing again today. At the height of the Obama sever sanctions, Iran was still exporting 1.5 mn. barrels a day. Arguably, what hurt more than the Obama severe sanctions was the fall in the price of petroleum in late 2014.

Today, in contrast, oil markets are tight, and despite a recent OPEC agreement to slightly raise export quotas, the markets will likely remain tight for a while. Ironically, the prospect that Trump will try to take Iranian oil off the market is causing futures prices to spike. At least in the short and maybe the medium term, any Trump success in reducing Iranian exports may well be offset by higher prices, allowing Iran to earn more from the oil it does sell abroad.

Another irony is that Trump’s Iran policy is causing gasoline prices to rise in the US, which is typically bad for the incumbent party in US elections. Moreover, higher gasoline prices will only accelerate consumer switching to electric vehicles and solar panels. Trump could end up achieving nothing, and producing the opposite of all his major policy goals, with this Iran push.