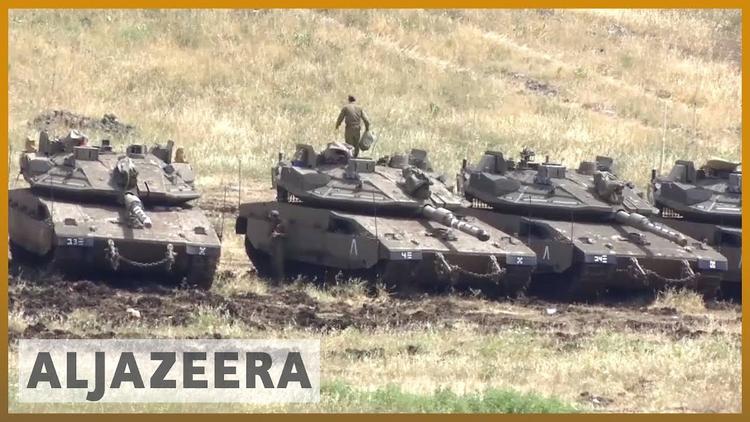 The Syrian Civil War is all over but the shouting. The regime probably has 80% of the population under its control again, all save Idlib Province where Sunni Arab fundamentalists hold sway, and the northeast, where leftist Kurds have attempted to construct a post-Communist cooperative society, along with a few other pockets. Those pockets are likely to fall by the end of the year, and, indeed, you wonder whether there won’t be a fall Idlib campaign.

Up until this point, Russia has needed Iran and Iran’s allies to beef up the land forces fighting for territory on behalf of the regime of Bashar al-Assad. The Russians have mainly provided air support, and air support is useless without ground troops to take advantage of it.

But what happens when the Sunni rebels are all defeated, and the Syrian Arab Army is reconstituted? Will Iran be able to retain its military toehold in Syria? The US and Israel are already pressuring Russia to have Iran leave?

It seems to me a fair question, though Russia needs Iran’s help at least until the fall of Idlib. After that, all bets are off.

But if Iran’s hardliners have any say in the matter, Iranian military presence in Syria is a long term proposition.

Hossein Amir-Abdollahian, the special adviser on international affairs of the speaker of the Iranian parliament, said Sunday that Iran would stay in Syria even after the Sunni extremists (all of whom he called ISIL or Daesh) are defeated.

He warned that Israel “tries to gain dominance over Syria after Daesh, but resistance forces and military advisers from the Islamic Republic of Iran will continue their presence alongside Syria to counter terrorism.”

Amir Abdollahian insisted that “The Syrian people will not allow the country to be turned into the hotbed of Zionist terrorists once again.”

I’m not entirely sure what he means by this. He could be referring to the signs that Israel helped the Nusra Front rebel group, despite its al-Qaeda links.

In any case, what seems clear is that he and other hardliners are determined that Iran remain in Syria, to counter potential Israeli hegemony over Damascus or Israeli covert ops aimed at keeping Damascus weak by supporting the rump Sunni fundamentalist opposition.

Iran entered the Syrian civil war in a serious way in spring of 2013, when Sunni fundamentalist rebels had taken much of Homs and were trying to take nearby Qusayr, in hopes of cutting the capital, Damascus, off from resupply via the port of Latakia. Key goods were brought by truck from Latakia down to Damascus and had to pass by Homs.

Iran foiled this rebel strategy by having the Lebanese party-militia, Hizbullah, intervene to help the Syrian Arab Army defend Qusayr and take back Homs. Hizbullah had many battle-hardened troops and commanders, but Iran clearly felt that they needed strategic, tactical and logistical help, and provided it through the Jerusalem (Qods) Brigade of the Iranian Revolutionary Guards Corps. The IRGC is Iran’s national guard, and the Jerusalem Brigade, headed by Qasem Solaimani, is their special forces unit.

The rebels then tried a different way to achieve their goal, aiming to take Latakia itself from nearby Idlib province. Hizbullah and Iran were not strong enough to stop this assault, and in summer of 2015 Solaimani is said to have met with Vladimir Putin and informed him that Syria would fall to Sunni extremists, some of them with al-Qaeda links, unless Russia intervened.

Putin was persuaded and set up an air base near Latakia. The combination of Russian air support, some Russian special ops forces on the ground, and continued support from Hizbullah, from Iraqi Shiite militias, and from the Quds Brigade, in alliance with what was left of the Syrian Arab Army, proved decisive in defeating the rebels, at the Idlib-Latakia border and then later in East Aleppo and now in Deraa.

But after the southern rebels are mopped up, and after the fall of Idlib, Russia is going to get enormous pressure to have Iran withdraw from Syria.