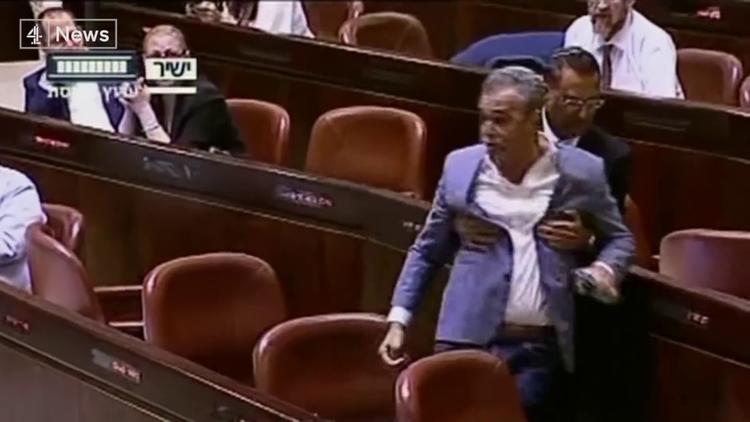 Ann Arbor (Informed Comment) – Israel has for decades been running the occupied territories of Palestine–Gaza and the West Bank– with Apartheid tactics. As with black South Africans under Apartheid, most Palestinians have been deprived of citizenship in a real, recognized state. Their villages have been isolated by a network of what often amount to Jewish-only highways. They have trouble getting to hospital through checkpoints. Their territory in the West Bank is patrolled by the Israeli army, and the Israeli state is actively depriving them of their property and giving it to white squatters.

One reply had been that while the Occupation regime may have Apartheid characteristics, it is temporary. It has become abundantly clear, however, that the Occupation is forever and the Palestinians will be kept stateless in perpetuity (they are the largest group of human beings in the world entirely lacking citizenship and nationality– a condition much worse than having a nationality you don’t want, as with many Kurds).

Another reply had been that in Israel proper, 20% of the population is Arab (i.e. Palestinian-Israeli), and they are equal citizens of the Israeli state with full democratic rights. That assertion was all along de facto untrue, since Palestinian-Israelis suffered various forms of discrimination. Some of their villages were unrecognized, and were hence forbidden to conduct repairs or building expansions. Only 1% of Bedouin Israelis have a college degree.

But now the Israeli parliament or Knesset has passed a law openly declaring Palestinians to be second-class citizens. Building squatter settlements on Palestinian land is made the official policy of the state (well, it has been for decades de facto, but now it is de jure). Arabic is demoted from being an official language.

It would be as though the US passed a law designating America as a state for white Christians, excluding African-Americans and Latinos, and making English the only official language.

It is difficult to see how Zionist Jews can complain about being second class citizens in Christian societies if their movement treats non-Jews this way in Israel.

Sovereignty is vested solely in the 80% majority of Jewish Israelis. Israel is no more a democracy now than Turkey is. Both have regular elections and in both the Right routinely wins, and probably fairly so.

The Palestinian Liberation Organization correctly declared this system to be unadorned Apartheid.

The implications are enormous. Some critics of the crushing of the Palestinians had made a distinction between boycotting the squatter enterprises on the West Bank and boycotting Israel itself. There simply is now no longer a difference. The law will certainly invigorate the movement to Boycott, Divest, and Sanction Israel.

Apartheid is defined in the 2002 Statute of Rome as a war crime, and Israeli politicians could be indicted on these grounds.

Prime Minister Binyamin Netanyahu has taken Israel in the direction of illiberal ‘democracy,’ attacking the freedom of the press, the judiciary, and Non-governmental Organizations.