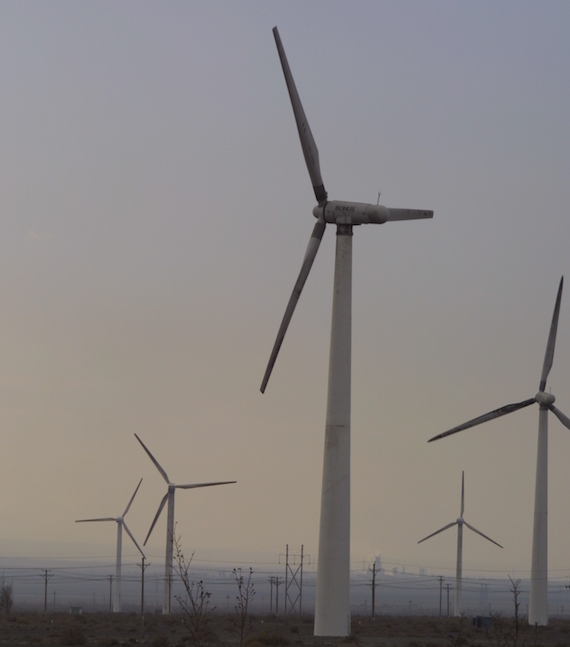 When I first reported from China in 1980, bicycles outnumbered cars on Beijing’s major streets, and the tallest building in town was a 25-story hotel. I visited a small village that had one black and white TV, which everyone watched at night.

The Trump administration, and many high-ranking Democrats as well, see China as a vicious competitor. They claim the Chinese government unfairly subsidizes its domestic industries and steals U.S. intellectual property. So Trump launched a massive trade war..

I think he’s going to lose.

The administration imposed $34 billion in tariffs on Chinese products, and threatened to order a total of $500 billion. China responded tit for tat, imposing its own tariffs aimed at regions full of Trump supporters. Agribusiness corporations from Trump country in the Midwest are taking big hits, with a 15% drop in soybean futures and another 14 percent in pork.

Trump has now proposed to pay $12 billion in government subsidies to farmers and ranchers negatively impacted by the trade war. But soy bean losses this year alone are nearly $12 billion, according to Senator Ben Sasse (R-Nebraska).

Many farm-state Republicans criticized the subsidies. Senator Bob Corker (Republican-Tennessee) said, “You have a terrible policy that sends farmers to the poorhouse, and then you put them on welfare… It’s hard to believe that there isn’t an outright revolt right now in Congress.”

But Trump supporters say they are willing to wait out the trade war if ultimately the United States can export more. Jim Weston is co-owner of a small Los Angeles company buying and selling poultry, which was founded by my father in 1942. We’ve remained friends over the years, and I was surprised to learn that Jim supports Trump’s policies.

“I thought we needed a businessman who will disrupt things,” Jim told me. US chicken imports were banned in China after the Obama administration slapped tariffs on Chinese steel pipe imports. The Trump administration is now pressing China to allow poultry imports once again.

Jim noted that China’s stock market and currency have gone down since the trade war began. “We’re all hoping China will back down. If it doesn’t back down, it doesn’t matter. We’ve done without them for 100 years.”

There’s a distinct possibility, however, that China won’t back down and the trade wars with China, Mexico, Canada and Europe will contribute to a major recession. Trump has introduced uncertainty and instability into the US economy, according to David Kotz, an old friend, a professor of economics at the University of Massachusetts Amherst and the author of The Rise and Fall of Neoliberal Capitalism.

“US businesses are having a hard time figuring out the effect of the trade wars on them,” he told me. “Uncertainty can lead to postponing investments, which could plunge the economy into recession.”

During my first visit in 1980, China was an isolated country with few outside visitors and almost no foreign investment. Dozens of people would stop on the street to stare at me and the other westerners. Even in a big city like Beijing, people hadn’t seen foreigners before.

Chinese officials realized the country would need outside help to modernize. US, European and Japanese companies tried to impose the traditional third world model on China. They wanted to bring in machinery and technology, and have Chinese workers assemble the parts. Then the foreign corporations would sell the products and rake in the profits.

US administrations demanded “free trade.” But that meant freedom for US corporations to sell to the Chinese market. In a rare admission of guilt, a New York Times analysis article explained, “The system of global free trade … was set up as a kind of permanent win for the United States. Openness exploits the sheer size and development of the American economy so that its goods and services can dominate internationally.”

But China didn’t play by the old rules and took steps to protect its sovereignty. Foreign investors had to partner with Chinese companies and share their technology. Until a few months ago, foreigners could own no more than 49 percent of a company, making sure China controlled important economic decisions. Foreign corporations were never happy with the arrangement, but they acceded in order to have access to the vast Chinese market.

“Unlike in most developing countries, the US government cannot exert its will over the Chinese government to allow US business to do whatever it wants,” noted Kotz.

Initially, China focused on low cost, low-tech industries. It manufactured shirts and plastic toys. Over time, however, it created vibrant automobile, computer, electronics, cell phone, and many other modern industries.

In 2008 I visited a huge wind farm located in a vast desert of western China. Low mountains loomed in the distance and wind picked up considerable speed. A Chinese company had manufactured and installed 280 modern wind turbines. China has developed a green power industry at a time when the US government denies the existence of manmade climate change.

China’s critics say it has succeeded because the government subsidized selected industries. So what? U.S. agribusiness receives billions in government subsidies. Many modern U.S. high-tech industries—from satellites to the Internet—were originally developed by the U.S. government and then handed over to private enterprise for free. U.S. manufacturers regularly receive massive tax breaks to locate to a particular state.

I don’t care whether a government subsidizes certain industries. I want to know who benefits from the subsidies: corporate fat cats or ordinary people.

In recent decades many US corporations have moved production to China, Indonesia and other third world countries. They seek greater profits by paying lower wages and having access to local markets. Kotz said US jobs in garment and textiles, for example, aren’t moving back to the United States because “US wages won’t go down to third world levels.”

But the US government can promote policies that will provide good paying blue and white collar jobs. Kotz proposes four components:

Such policies have little chance of adoption anytime soon. It will take a lot of grassroots pressure, not to mention the defeat of Republicans in November. But one thing is certain: waging trade wars with China, the EU, Canada, and Mexico will only make conditions worse for everybody.

Featured Photo: China is developing a sophisticated green energy industry while the US government denies the existence of man made climate change. Here a wind farm in western China. Photo: (c) Reese Erlich.