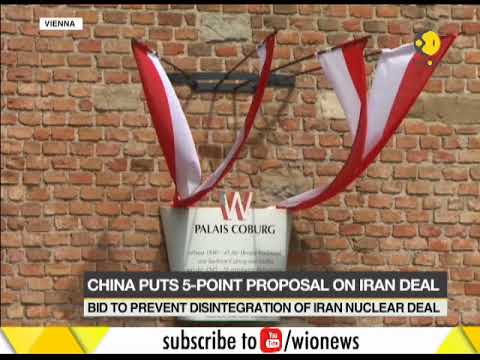 Ann Arbor (Informed Comment) – Irina Slav at Oilprice.com notes that China’s Dongming Petrochemical Group is dropping imports of US crude for its refineries and replacing them with oil from Iran, according to Iran’s IRNA news service and Japan Today.

Moreover, China is said to be preparing to slap 25% tariffs on imports of American crude, which will likely halt such imports into China. This move comes in response to Trump’s trade war with China. Only last January, Reuters had reported excitedly on the new phenomenon of the US selling some 400,000 barrels a day of crude to China, an export item worth billions every year that even had slightly reduced the US balance of payments deficit with China (US oil exports to China this year have actually been averaging over 500,000 barrels a day).

Now, the likelihood is that the US will have to peddle that crude elsewhere at a discount, reducing its profitability. The US uses some 19 million barrels a day of petroleum and is producing a little over 10 million barrels a day. So it really doesn’t have anything to export– it is using all it produces. That is the reason for which the US is not a swing producer the way Saudi Arabia is, since Riyadh can produce even more than the US if it wants to, but does not have to. Its 20 million citizens will be fine at lower rates of production.

So if all this is true, why is the US exporting 540,000 barrels a day to China? It is because getting the oil from some places in the US to the East Coast where it is mainly used is sometimes more expensive than it is worth, when the petroleum can be brought to New York by ship from Mexico or Venezuela or by pipeline from Canada. So it is cheaper to export, e.g., Alaskan crude, to Asia than to ship it to New York.

So if the oil can’t be exported to China, and if it has to be sold at a discount to other Asian importers, that will be a blow to the profits of the companies exporting it.

China’s Dongming Petrochemical Group refines petroleum for one of China’s provinces. It is an independent company and does no business with the US. It doesn’t have to use dollars or American banks for its transactions with Iran. So the US Department of the Treasury would find it extremely difficult effectively to levy a fine against DPG for buying Iranian petroleum. On the contrary, it is DPG that is punishing the US economy by halting the oil imports.