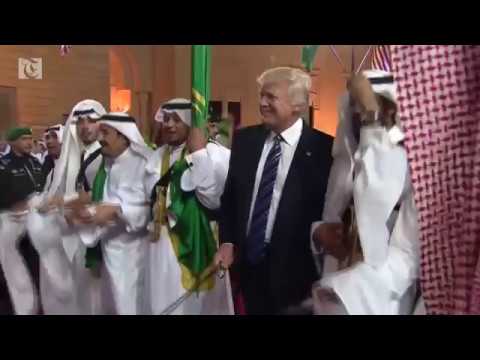 David A. Fahrenthold and Jonathan O’Connell at WaPo have revealed that the declining revenues at Trump’s hotel in New York City were turned around in the first quarter of 2018, with a 13% bump produced by the stay there of a Saudi retinue in connection with the visit to the US of Crown Prince Mohamed Bin Salman.

The crown prince himself did not stay at the Trump property, since it did not have any rooms big or luxurious enough for him, but he parked his retinue there. Hmm. So he did not stay there. He stayed somewhere else, and surely it would have been more convenient to have his hangers-on in the same hotel where he was staying. But no, they were sent over to the Trump towers. Could that move have been, like, I don’t know . . . AN EMOLUMENT?

“[N]o Person holding any Office of Profit or Trust under them [i.e., the United States], shall, without the Consent of the Congress, accept of any present, Emolument, Office, or Title, of any kind whatever, from any King, Prince, or foreign State.”

Saudi Arabia and the United Arab Emirates really wanted Trump to violate the 2015 Iran nuclear deal, and to enable them to take on Iran. Somehow they got their wish.

WaPo says that the Saudi government also dropped $270,000 on Trump’s hotel in Washington DC last year. One of the items they paid for was food and parking for American veterans groups whom the Saudis had brought to DC to lobby against a bill in Congress that the Saudis were against.

People who argue that the Saudis aren’t bribing Trump because their activities were anyway not political are not paying attention.

Eric Trump lashed out at Jeff Bezos and the Washington Post for the story, accusing Bezos of hatred for, and willingness to disparage, the Trump family.

New York Attorney General Barbara Underwood, too, has opened an investigation into whether Trump is in violation of the constitution’s Emoluments Clause (which forbids a sitting president from accepting gifts from abroad).

Earlier, the AGs in Virginia and Maryland had filed suit over the Washington, DC, Trump hotel and emoluments, since foreign dignitaries are accused of staying there or holding receptions there as a way of currying favor with Trump. US District Judge Peter Mesitte of the District of Maryland declined to dismiss the suit, which signals that he thinks Trump may well have violated the constitutional ban on accepting any gifts from foreign rulers.