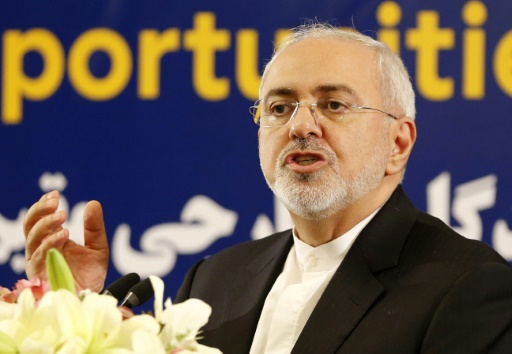 Tehran (AFP) – Iran’s Foreign Minister Mohammad Javad Zarif said Sunday that Europe had not yet shown it was willing to “pay the price” of defying Washington in order to save the nuclear deal.

Zarif said European governments had put forward proposals to maintain oil and banking ties with Iran after the second phase of US sanctions return in November.

But he told Iran’s Young Journalist Club website that these measures were more “a statement of their position than practical measures”.

“Although they have moved forward, we believe that Europe is not yet ready to pay the price (of truly defying the US),” Zarif said.

US President Donald Trump pulled out of the 2015 nuclear deal in May, and began reimposing sanctions earlier this month that block other countries from trading with Iran.

Europe has vowed to keep providing Iran with the economic benefits it received from the nuclear deal, but many of its bigger companies have already pulled out of the country for fear of US penalties.

“Iran can respond to Europe’s political will when it is accompanied by practical measures,” said Zarif.

“Europeans say the JCPOA (nuclear deal) is a security achievement for them. Naturally each country must invest and pay the price for its security. We must see them paying this price in the coming months.”

Featured Photo: AFP / ATTA KENARE. Iran’s Foreign Minister Mohammad Javad Zarif speaks during a meeting with a group of economists in the capital Tehran on July 16, 2018.