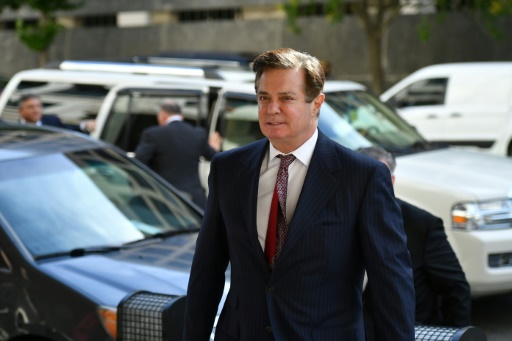 Paul Manafort, Donald Trump’s campaign manager, is being tried for money laundering, keeping some 15 illegal foreign accounts, and cheating the government out of the taxes he rightfully owed, among a host of other crimes.

Manafort joined Trump’s presidential campaign in March, 2016, having offered to work for free, and tried to persuade delegates to back trump. On June 20, 2016, Trump made Manafort his campaign manager. Manafort was intimately involved in running the campaign, overseeing millions of dollars, campaign strategy, and staffing. Manafort was involved in the infamous meeting on June 9, 2016, with Russian agent Natalia Veselnitskaya, set up by Emin Agalarov and Vladimir Putin, which Trump and his son Don Jr. are said to have attempted to get hacked dirt on Hillary Clinton from the Russians. The quid pro quo would be the lifting of Magnitsky Act sanctions on Putin cronies and oligarchs in Russia who allegedly had been involved in the murder of political opponent. As campaign chair, Manafort had a plank taken out of the Republican platform that pledged military aid to Ukraine to fight Russian incursions in the east. Manafort had allegedly received over $12 mn from the pro-Russian Ukrainian Party of Regions at one time headed by Ukrainian president Viktor Yanukovych. When this allegation became public in mid-August, Trump fired Manafort after the latter’s 6 months of direct service, and brought the fascist white nationalist Steve Bannon aboard in the campaign chairman position.

Manafort’s business associate Rick Gates has rolled over on him, providing the Federal government with information on the illegal activities that the two engaged in, and admitting along the way that he, Gates, had defrauded Manafort of some $800,000.

Where did the millions of dollars come from that Manafort allegedly laundered or hid in secret overseas accounts?

Well, some millions appear to have come from Russian oil money, laundered through Ukrainian sockpuppets.

But Manafort was not new at this business of influence peddling. He had worked on the Gerald Ford and George H. W. Bush campaigns, and was extremely well-connected in the Republican Party. His lobbying firm in the 1990s and after represented the most sordid gallery of torturers and villains ever assembled in one client list.

There was no strong man so idious that Manafort would not take his money and make phone calls to his old buddies on his behalf.

Manafort’s firm represented the Saudis for several months at one point.

The firm is alleged to have gotten money from the Pakistani Inter Services Intelligence to promote the cause of Muslim separatists in India’s Kashmir province. There is nothing wrong with Kashmir’s people wanting better governance, but the whole affair was likely a false flag operation.

Even as late as fall, 2016, Manafort was still lobbying away, taking money to help organize the ill-fated referendum for independence in Iraqi Kurdistan, which the Baghdad government shut down by sending in troops.

Note that in addition to Russia, the Middle East bulks large in all this corruption.

Behind the scenes, Manafort was providing the only value added he knew: connections. He would make The Call. To the movers and shakers. Congressional representatives, senators, powerful people in Washington. Because of Manafort’s long association with them, he was a known quantity. They would take the call from him, give him his 15 minutes of lobbying time.

(I was once told by a staffer in Congress that a representative’s day is divided into 15-minute segments, in which lobbyists one after another come to her or him to lay out what their clients’ wanted. The implication was that the client would donate to the Congress-person’s campaign. Running for national office is expensive, mainly because of the cost of radio and television ads (which however ought to be nationalized and made free). Representatives have to start fundraising the day they are elected for the election only 2 years away. They have to promise favors to the donors. The US is peculiar among the industrialized democracies in allowing more or less open bribery.

Manafort was the fixer, the go-between.

His alleged role in setting Trump up with Putin and his hackers was not a departure or something unusual. It was what Manafort did. He took money for being an influencer, and for putting the courtesan with her john.

Manafort is not a criminal in the sense of a deviant. He is all too normal in the US political system. He is how the system works.

White collar criminals like Manafort and Trump are no longer even investigated or prosecuted. Manafort had been getting away with it for decades because he was so well connected. Surely the NSA, which tracks contacts with foreign governments and watches money transfers bigger than $10,000, knew about the Manafort problem, but they did nothing.

Trump and Manafort made one big mistake. They became principals in national politics. And principals in national politics are the one kind of figure whose white collar crime really can become an issue, because of adversarial political campaigns and because there are fairly explicit laws against things like bribery or being a Manchurian candidate. If they had stayed behind the scenes, making shadowy deals, they likely would have gone to their graves with their crimes unexamined.