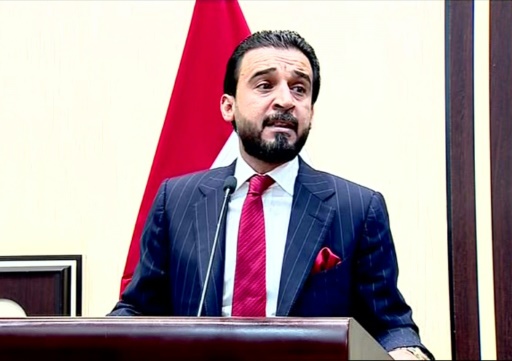 National politics has been in paralysis since the May 12 ballot, but Saturday’s selections are expected to solidify new parliamentary alliances.

The pro-Iran bloc led by Hadi al-Ameri’s Conquest Alliance — a coalition of anti-jihadist veterans close to Tehran — consolidated its position as its candidate, Mohammed al-Halbusi, was elected speaker.

Sadr’s list won the largest share of seats in the election, and is also part of the pro-Iran parliamentary alliance.

For the first time since the fall of dictator Saddam Hussein, the Shiites appeared divided in the May polls.

Iraq has a proportional system designed to prevent a slide back into dictatorship following the 2003 ouster of Saddam.

The bloc with the most members appoints the prime minister and presides over the formation of the next government.

US envoy Brett McGurk has “failed to divide the Shiites, failed to keep promises of posts for Sunnis who rallied to the US and was unable to scare Sunnis who chose the Iranian camp”, Hashemi said.

“Iran has (therefore) already won two points, while the US has lost three”.

The new speaker was governor of Sunni-majority Anbar province, a key battleground in the war against the Islamic State jihadist group, before his election to parliament on a local list in May.

Born in 1981, he will be the youngest speaker in Iraq’s history.

During the vote, Halbusi pleaded for “real reforms”, after demonstrations last week in the southern oil-rich city of Basra turned deadly as protesters demanded improved public services and a crackdown against corruption.

In Iraq, the speaker of parliament is always Sunni Arab while the prime minister is picked from the country’s Shiite majority and the president is a Kurd.

Parliamentary coalitions — which bring together lists of Shiites, Sunnis and Kurds to form the largest group — must agree on the selection of the three positions.

Obeidi was backed by the list of outgoing Prime Minister Haider al-Abadi.

– Abadi throws in the towel –

Abadi said Thursday he would not seek a second term as his political support crumbled over the violence in Basra.

In a crucial setback, Sadr dropped his support for the prime minister last Saturday, as anger over the sitation in the southern city grew.

Basra has been at the epicentre of protests that broke out in in July, before spreading to other parts of the country.

The protests in Basra intensified over a growing health crisis, after more than 30,000 people were hospitalised by a polluted water supply.

Protesters hit the streets for five days, clashing with security forces and torching the provincial headquarters, the Iranian consulate and the offices of armed groups.

Ammar Karim is a journalist working with Agence France Presse. He has been covering Iraq since 2003