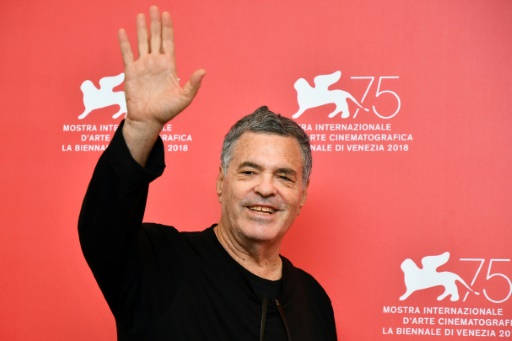 Venice (AFP) – Israeli director Amos Gitai lashed his country’s government Monday for trying to “turn culture into propaganda” and cosying up to the “worst anti-Semites in Europe”.

He warned that Israel’s “open society” has been put at risk by Benjamin Netanyahu’s right-wing government as he premiered two new documentaries at the Venice film festival.

“It used to be said that the best homage that an artist can make to his country was to be critical of it,” he told reporters.

“Strong cultures don’t always need to be caressed. But in Israel now there is a big debate about the minister of culture of this very bad government who thinks that all culture is propaganda.”

Gitai, who was badly wounded in the 1973 Yom Kippur war, insisted that he and other Israeli liberals “love our country, but the direction the country is taking is very problematic. The government can destroy the very idea of an open society.”

The director, who said his next project will be about the origins of European anti-Semitism, blasted Netanyahu for what critics called his “illiberal bromance” with Hungarian leader Viktor Orban.

He said people have to speak out “when you see Netanyahu shaking hands with the worst anti-Semitic leaders in Europe and at the same time he allows shooting unarmed Palestinian protestors in Gaza.

“He only believes in physical force. This is very un-Jewish so it needs to be criticised,” he added.

Gitai screened two films at the festival, “A Letter To a Friend in Gaza” and a “A Tramway in Jerusalem”, both trying to warn of where Israel’s “intransigence” might lead it.

He said anti-Semitism is still deep in the “DNA of European society” so it is no surprise it should be resurfacing across the continent.

“Its origins are religious, the Church brought up generations to hate the Jews, they burned Jews and discriminated against them and humiliated them for centuries.”

But the Jews have survived and “prevailed. They are still around which is impressive, but they should not forget the lessons.”